It’s a little known fact that besides cemeteries, I have a somewhat mini fixation on castles. This probably stemming from watching too much Downton Abbey! Though I prefer the deafening silence and peaceful feeling in the bottom of my gut and heart whenever I visit a cemetery by myself. Weird? Yes.

So next to castles, I’m putting abbeys into my list. Not because I’m religious, but because I love old architecture.

We stopped by Malmesbury Abbey on our way to London from Wales to have lunch (as we were fuelled by the highly praised review on tripadvisor of their bacon sandwich!)

Visiting Malmesbury Abbery during winter isn’t exactly the best time as it was freezing cold, but it meant having the place almost all to yourself! 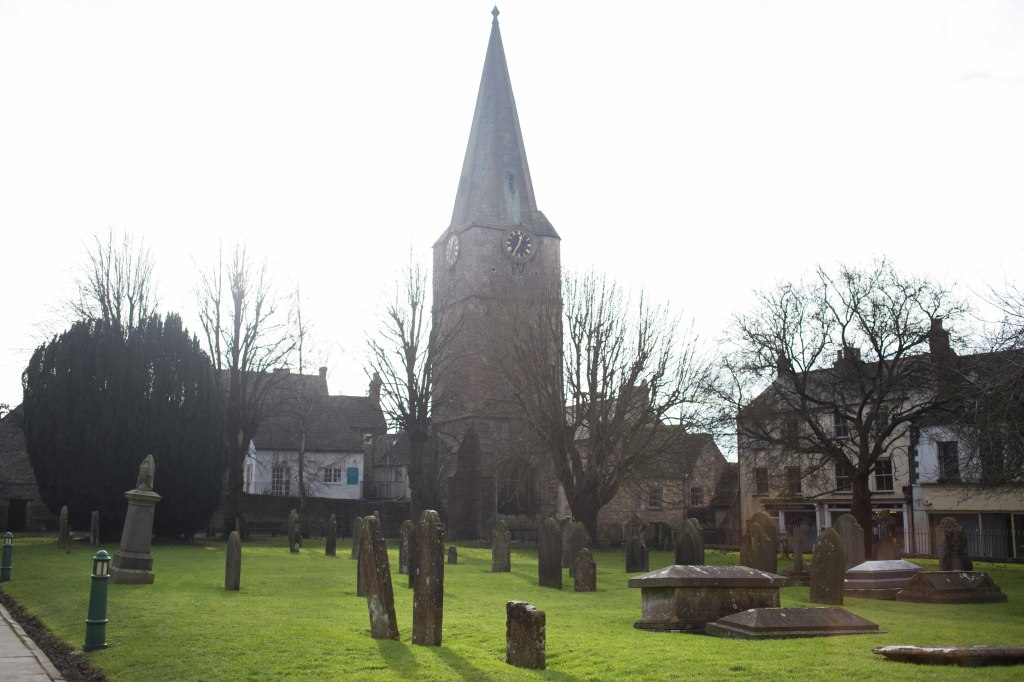 View from the Abbey. Look, a cemetery!! 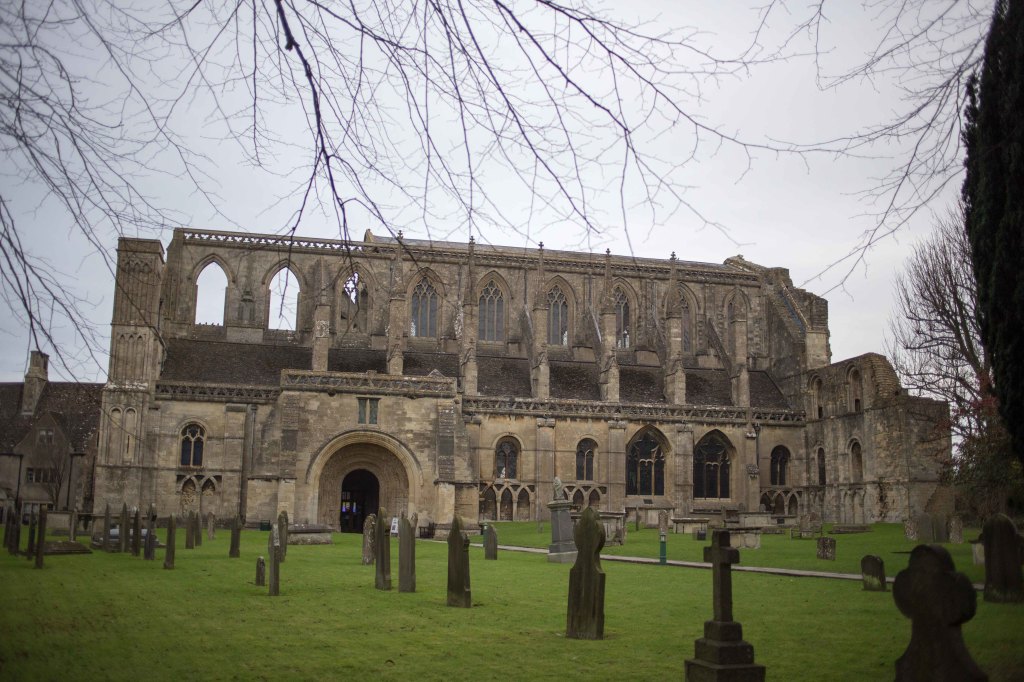 When the sun suddenly vanished. 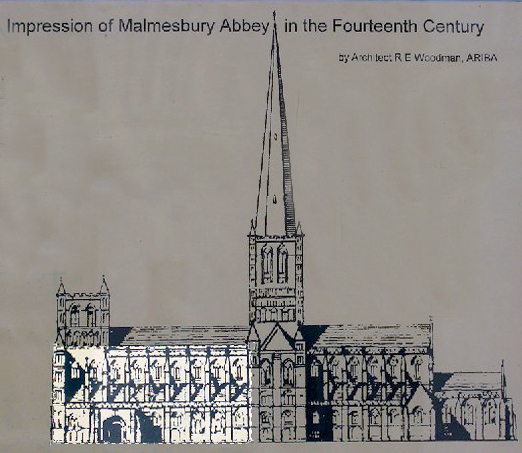 What is left of Malmesbury Abbey today. Image from Wikipedia. 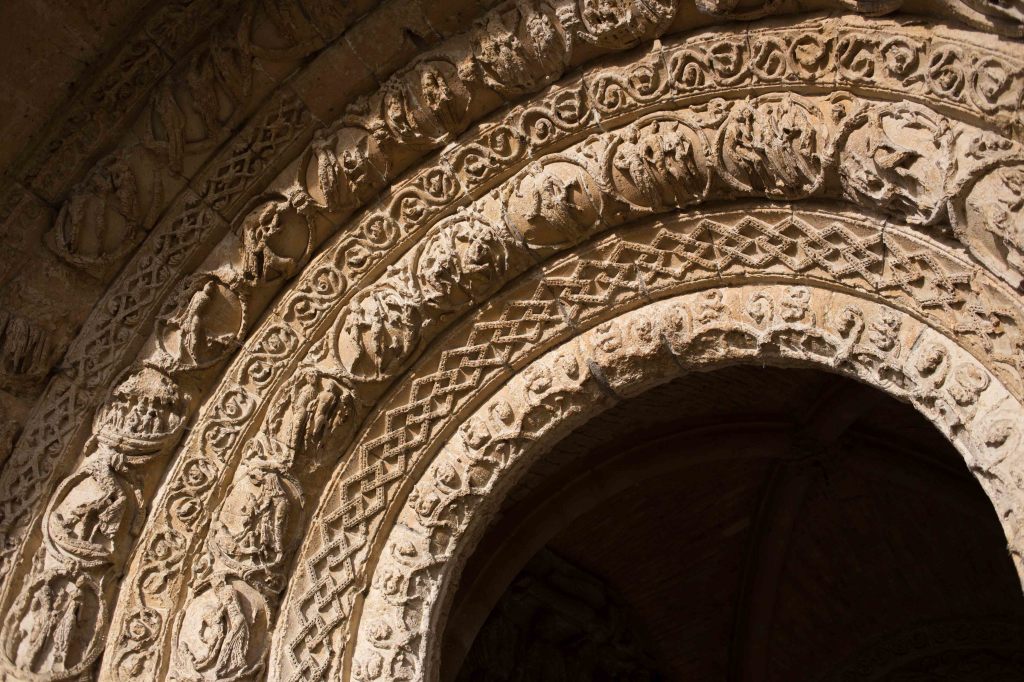 “The doorway to the church itself is also richly carved with Christ in Glory on the tympanum” from http://bit.ly/1Cg2ryp 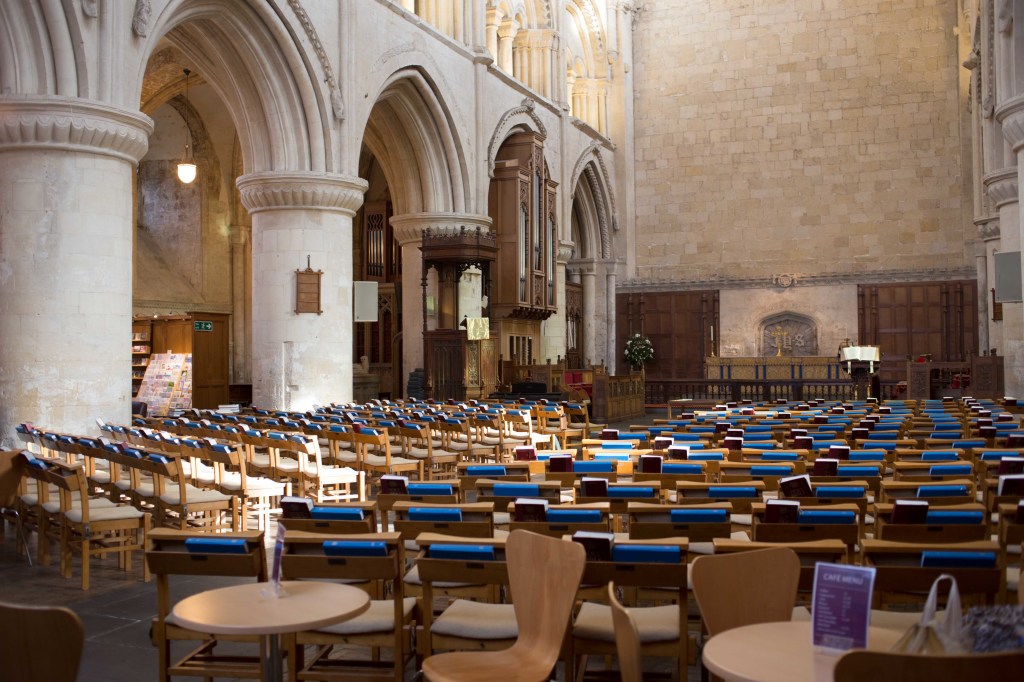 Malmesbury Abbey is a functioning church, so be aware of church times. 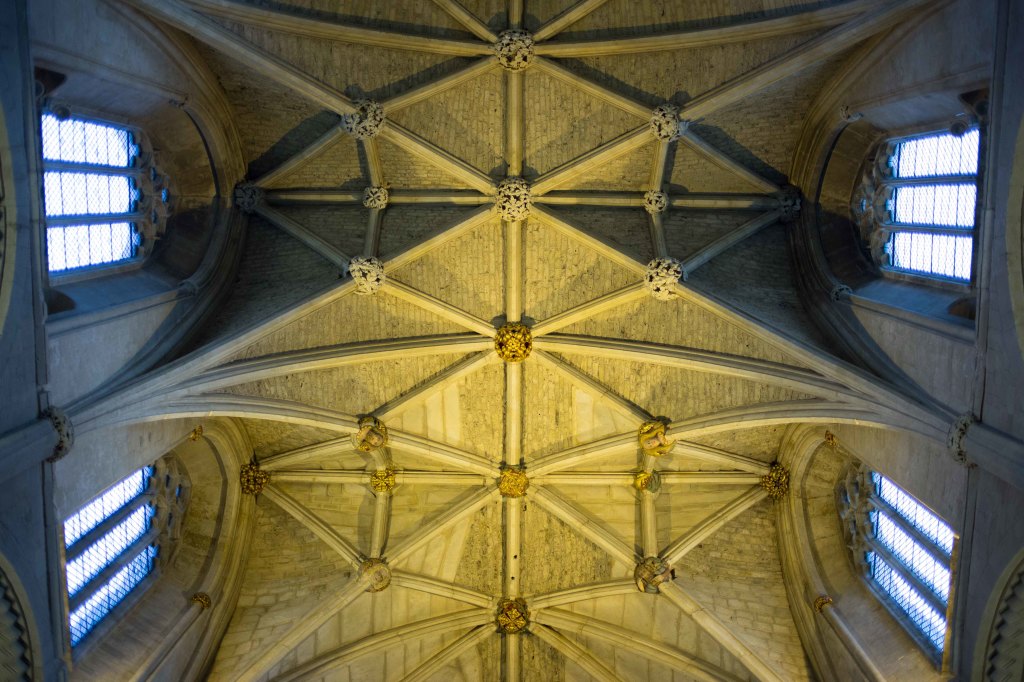 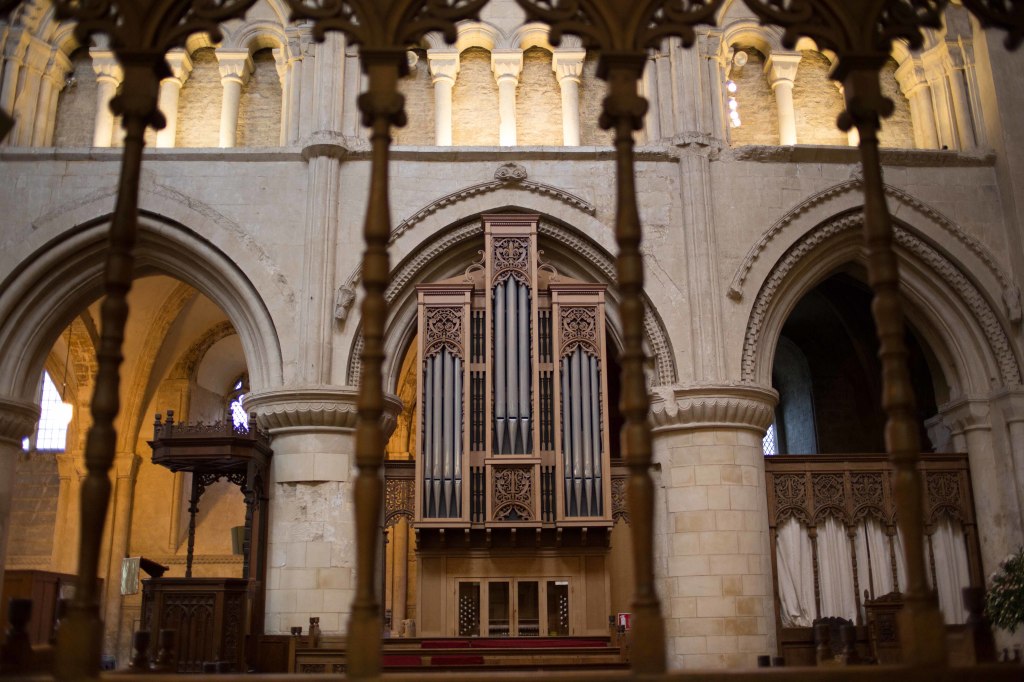 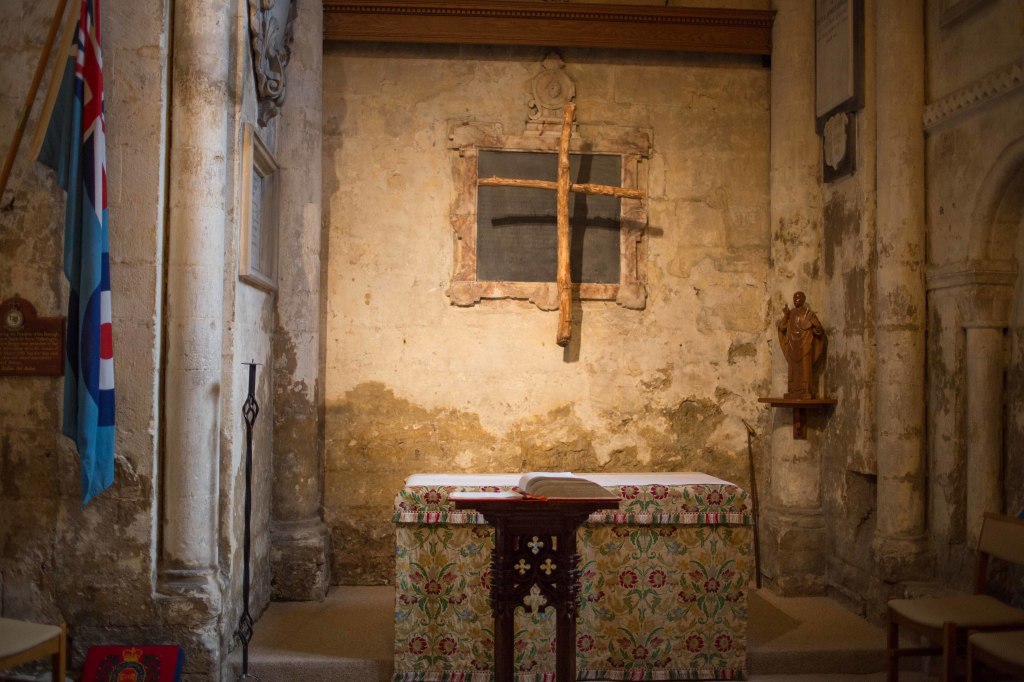 A parvise inside the abbey 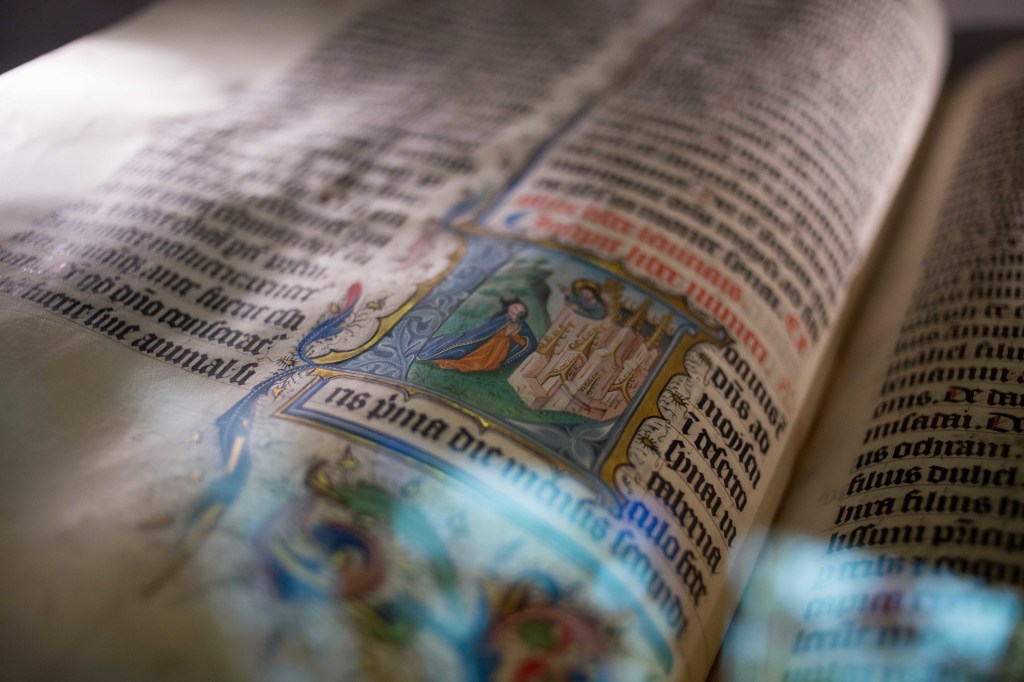 Fantastic calligraphy on a book inside the parvise. 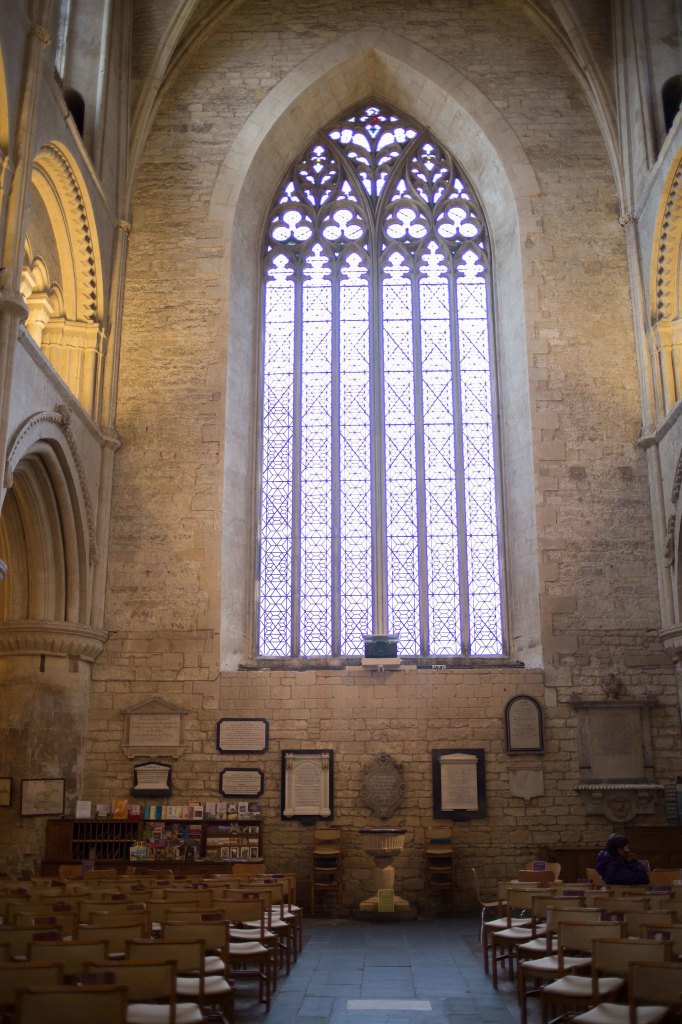 View standing from the front of the church. 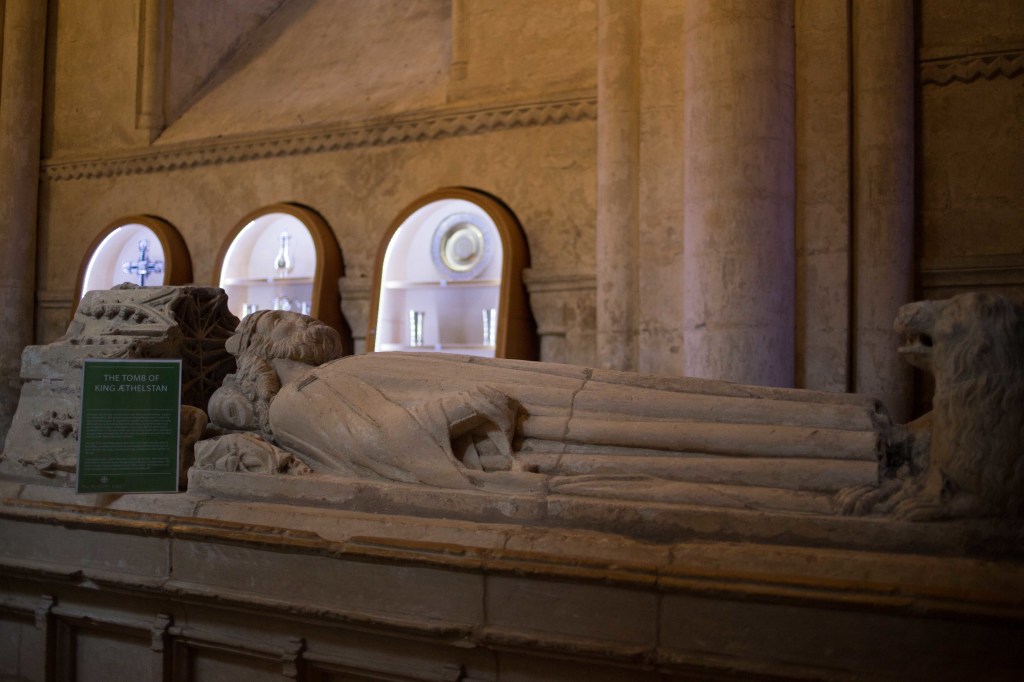 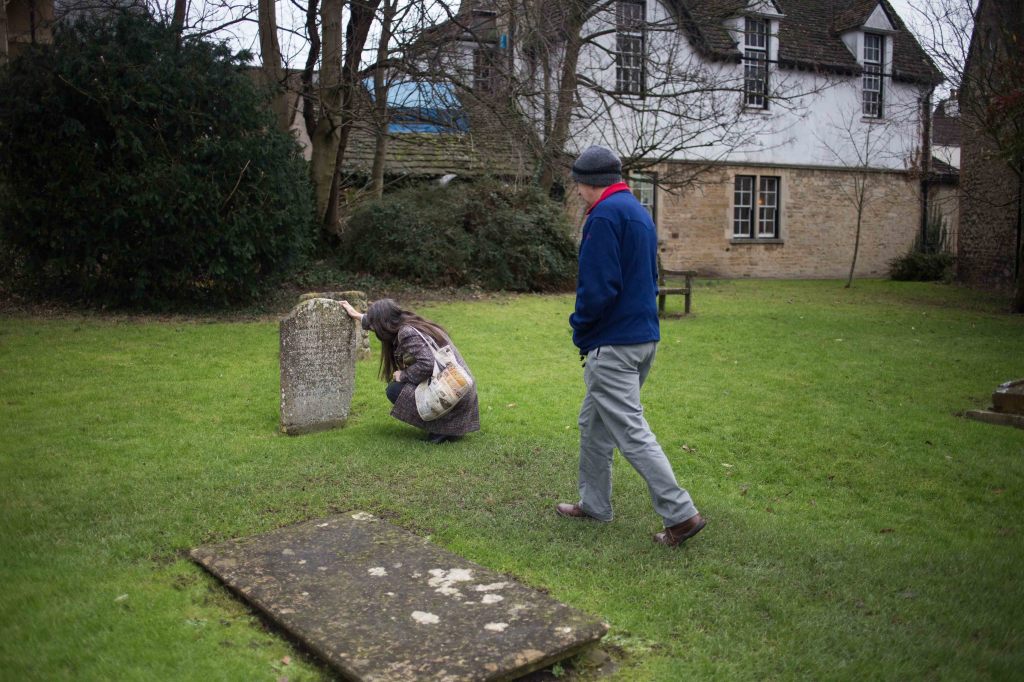 The tomb is of Hannah Twynnoy, a barmaid working at a pub called the White Lion in Malmesbury in 1703 when a menagerie arrived to set up in the pub’s large rear yard. Among the animals there was included a tiger, which Hannah was warned against upsetting. She liked bothering the animal until one day it got tired of it and mauled her. Hannah did not survive.

Hannah is the first person to have been killed by a tiger in Britain, as attested to by a formal contemporary source.
Source: http://en.wikipedia.org/wiki/Hannah_Twynnoy 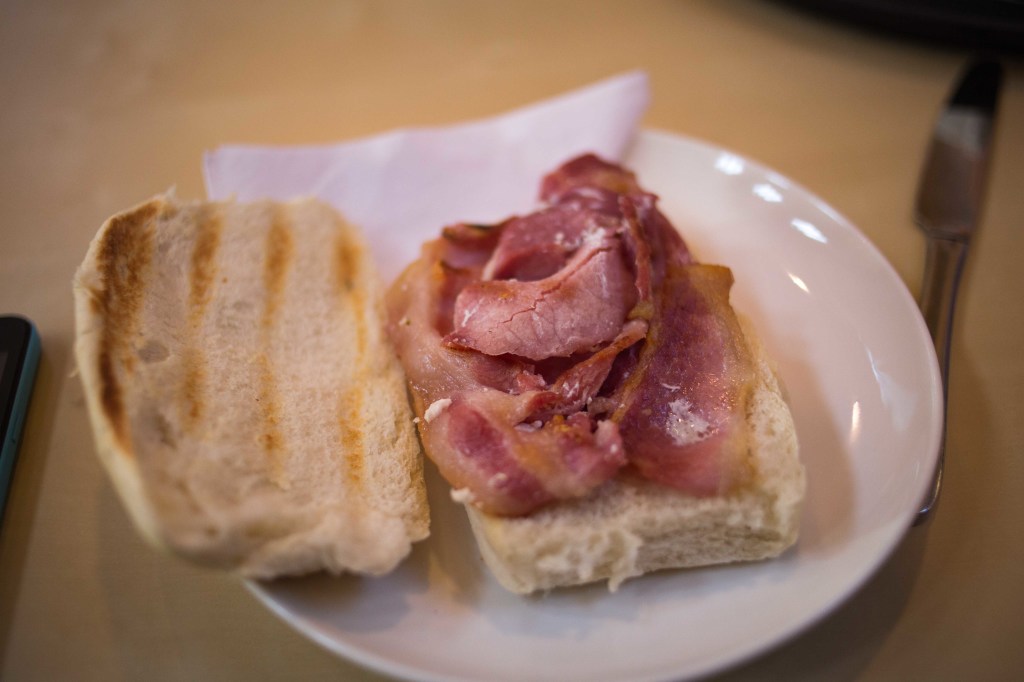 The bacon sandwich that was highly praised by a tripadvisor review, and it did not disappoint!!

After out little visit in Malmesbury Abbey, we went out for a little walk before heading to London.

In the centre of Malmesbury, Wiltshire, stands the market cross, built c.1490, possibly using limestone salvaged from the recently ruined part of Malmesbury Abbey, which then began just across the market square from the cross.
Source: http://en.wikipedia.org/wiki/Malmesbury_Market_Cross 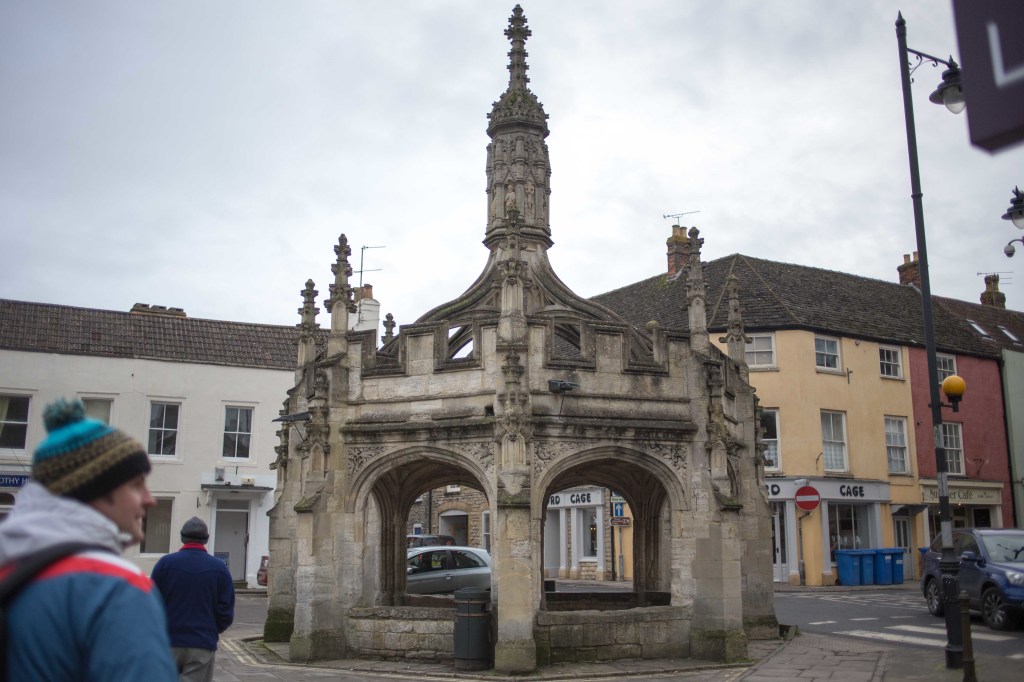 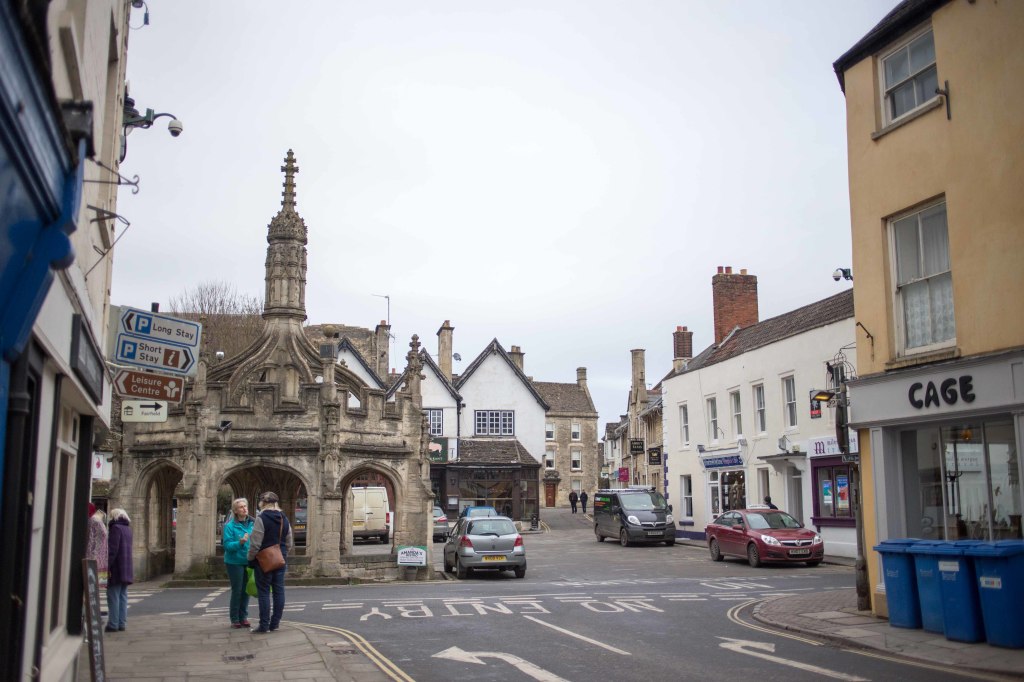 Another view of the Market Cross. 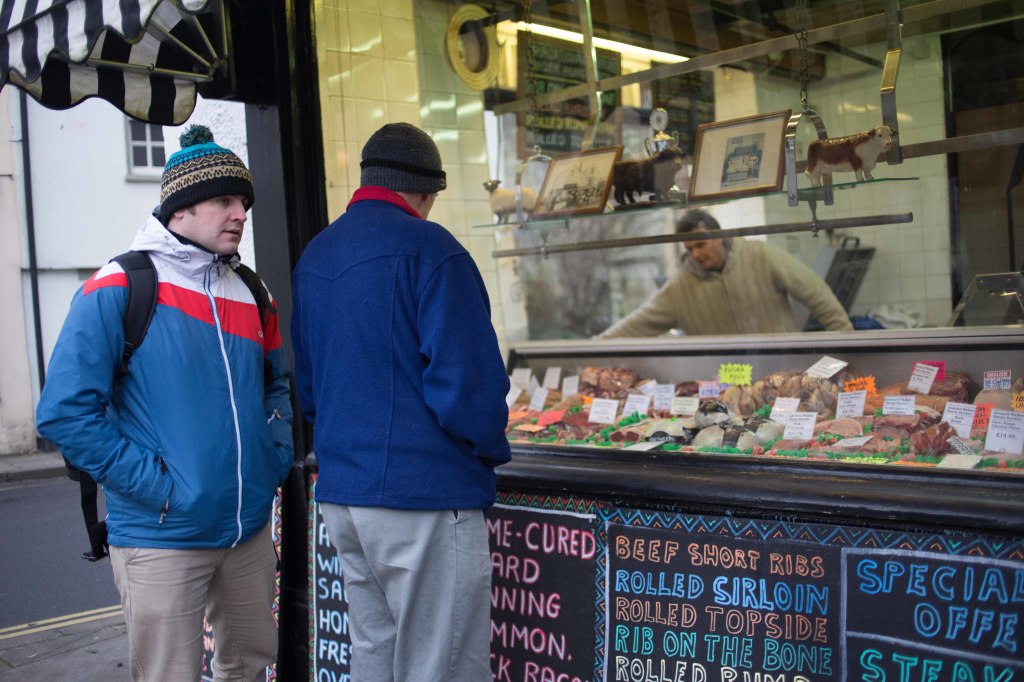 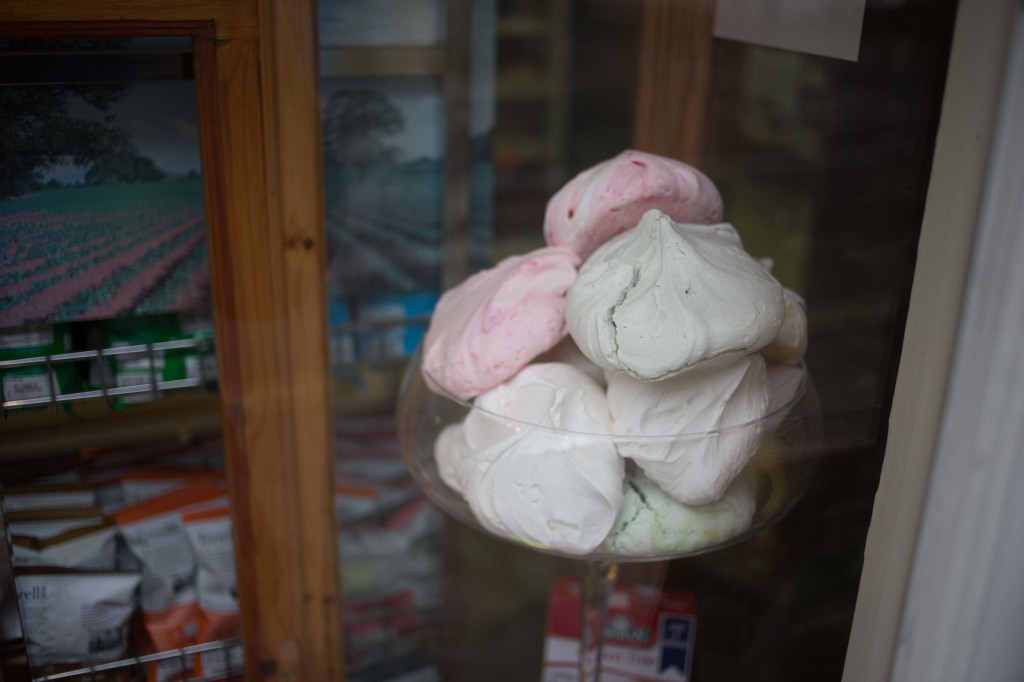 Check out that giant meringue!

Malmesbury info: Open all year round except for a few days after Christmas & New Year’s Day and for occasional services, conferences, filming, or maintenance.

Admission is free, but a gift of £3 per person is suggested.