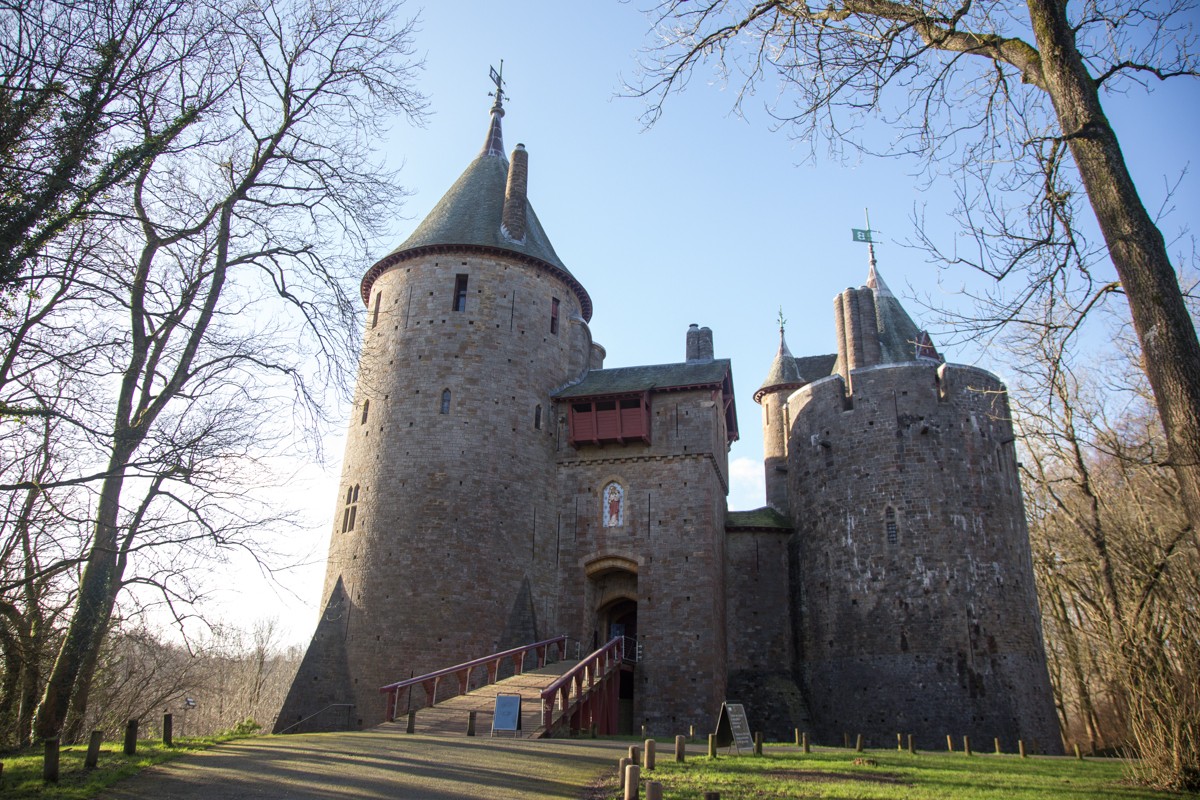 I have a thing for castles (next to cemeteries), not because they are featured in fairy tales and being swept off my feet by a handsome prince, but more of the gothic feel and the history behind each room and tower.

Wales is sometimes known to be the “castle capital of the world”, so lucky am I to have married a Welshman!

This is the castle that I’ve been seeing so many times on the highway; it sits majestically on the edge of a hill whenever we’d be driving on the M4.

As it’s winter, there’s not much queue and crowds. I was so impressed when they gave us audio guides without charge!

Here’s a little 1-minute video that I made to summarise our trip:

Some more photos. I find it hard to shoot photo and video at the same time. It takes a lot of patience, shooting and re-shooting. Even harder if your fingers are freezing from the cold temps. 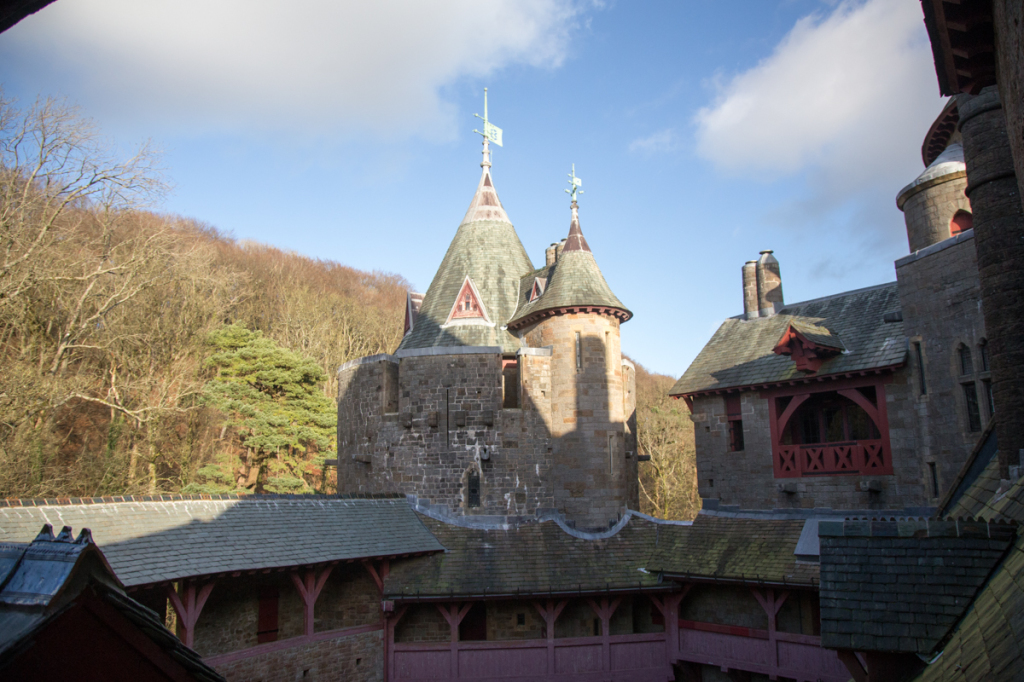 Castell Coch from the inside. 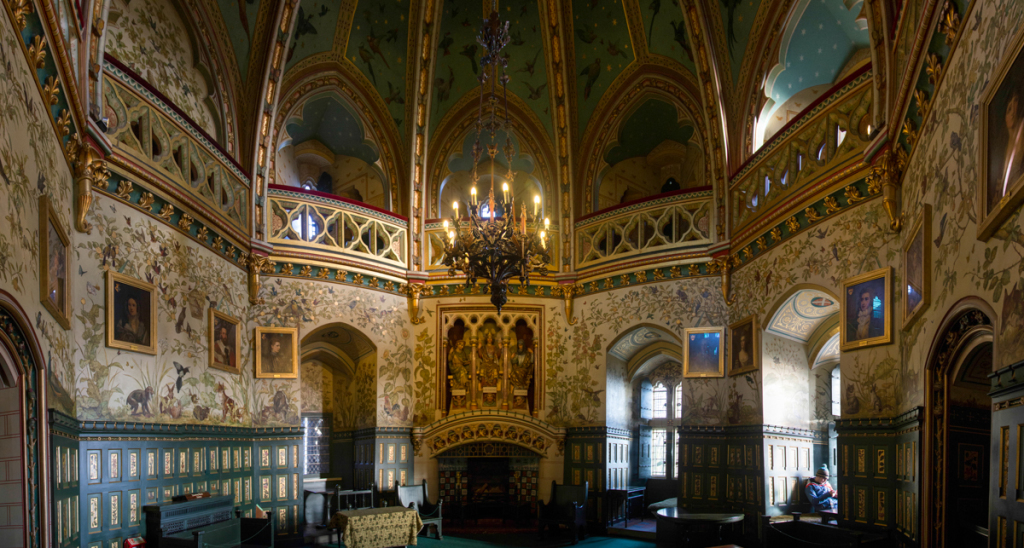 A superb fireplace by Thomas Nicholls features the Three Fates, spinning, measuring and cutting the thread of life. 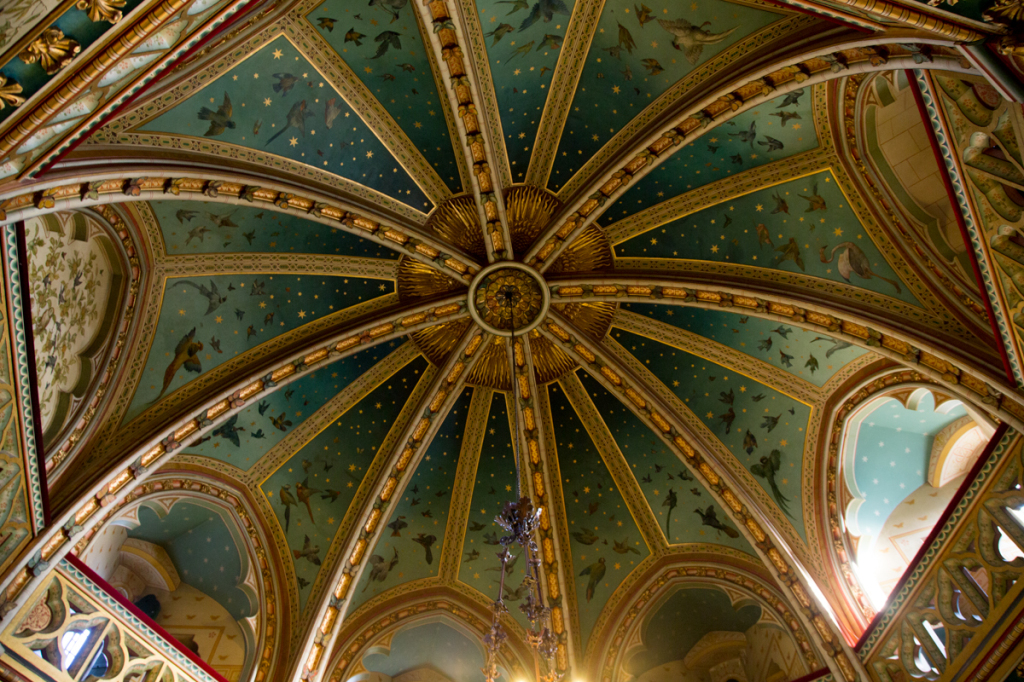 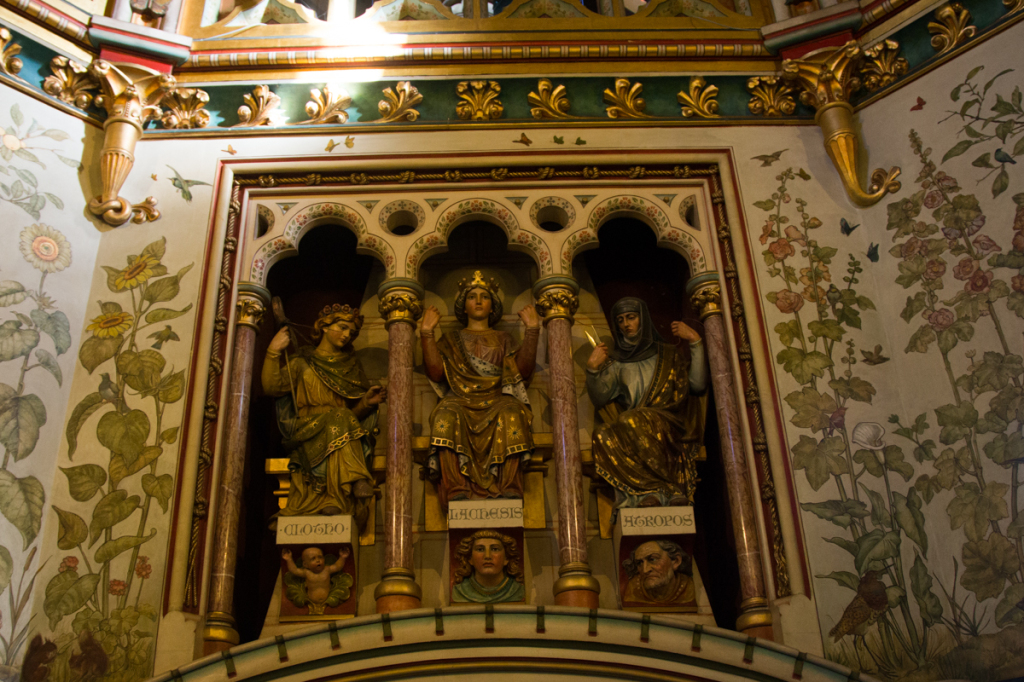 Clotho, Lachesis and Atropos – the three fates from Greek mythology, in Castell Coch. 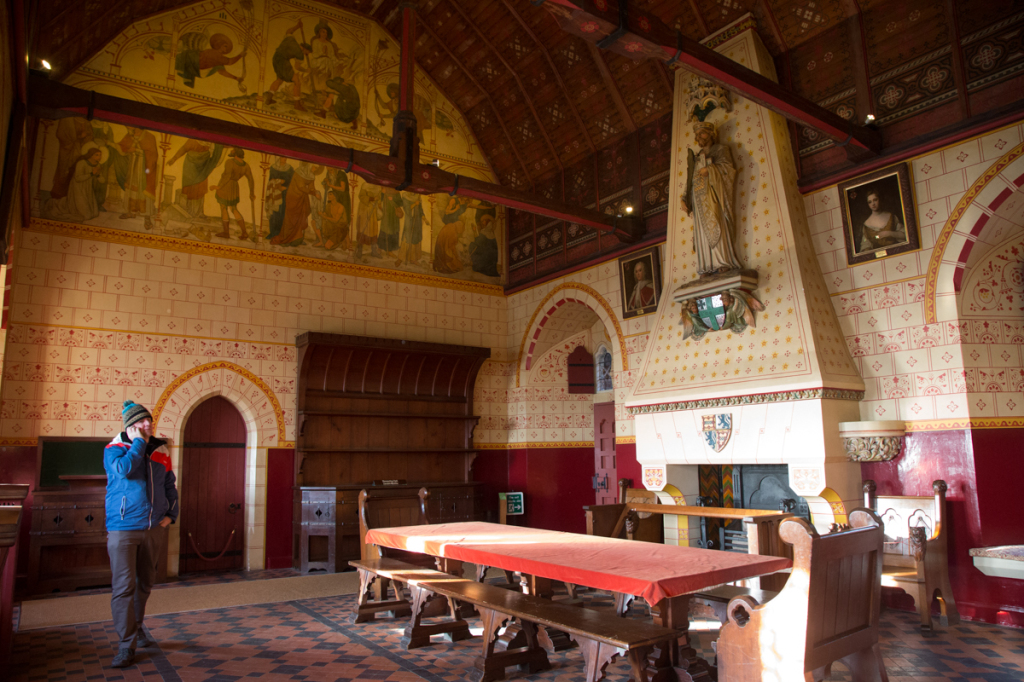 Dining Room (It may seem Peter’s on the phone, but he’s actually listening to the audio guide). 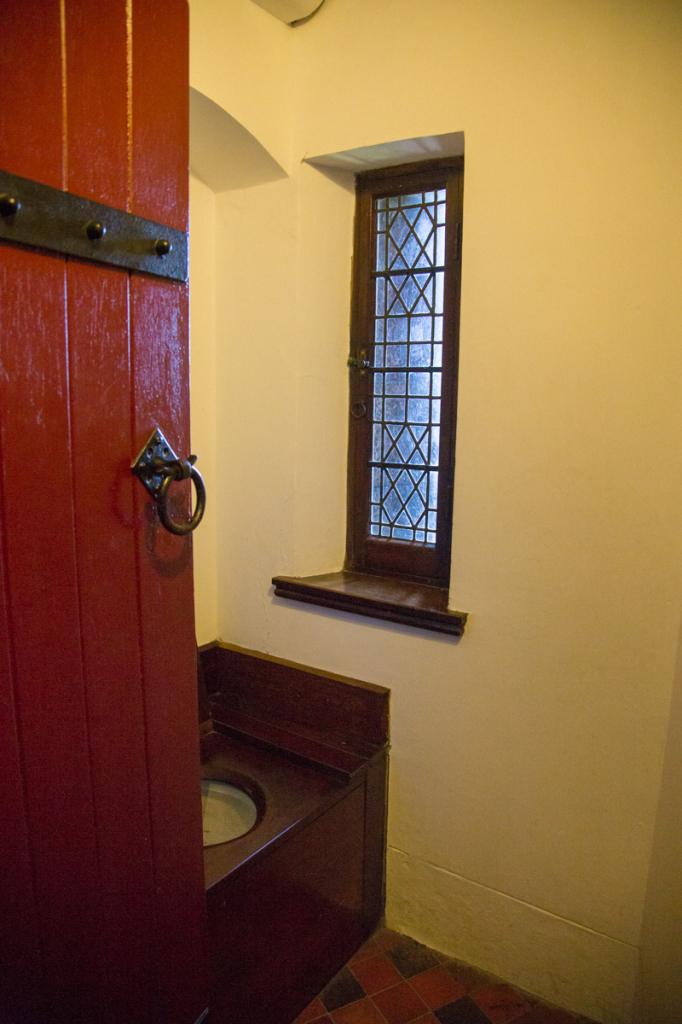 Lord Bute’s toilet. At least there won’t be cold butt cheeks in the middle of the night. 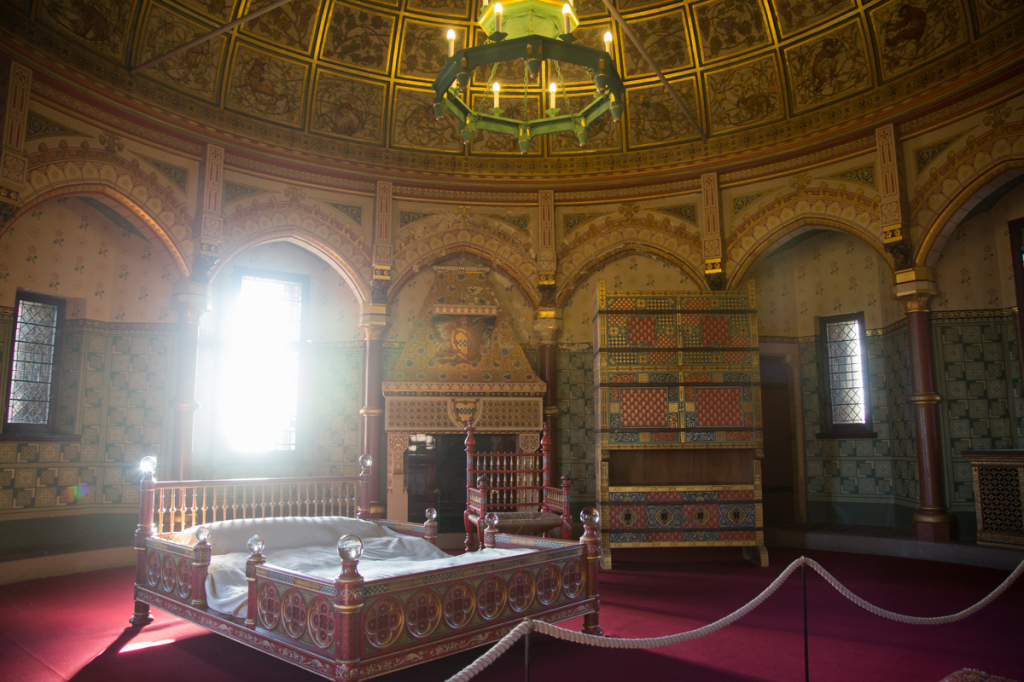 How romantic is it to sleep in this bedroom, though that bed looks stiff. And how’s the heating? 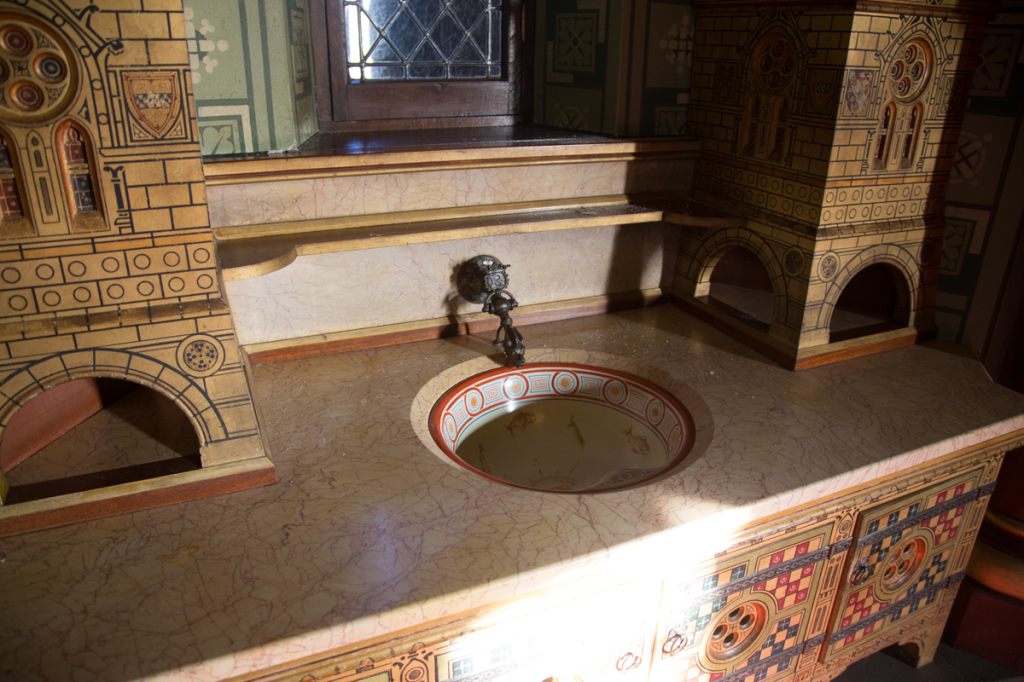 The towers on both sides of the sink hold hot and cold tap water respectively. The sink swivels downwards to empty water. 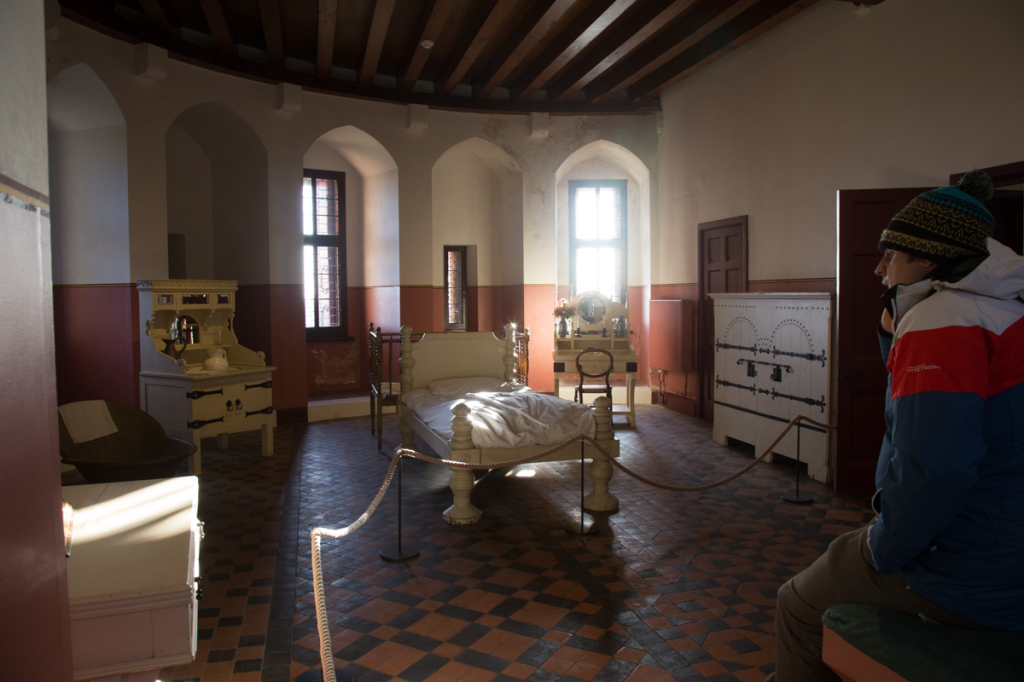 The bedroom of the Marquess’s daughter, where it is also used to quarantine sick members of the family

There are no guest rooms in this castle, so the Lord and Lady did not spend much time in Castell Coch, but more as a summer getaway castle to relax. 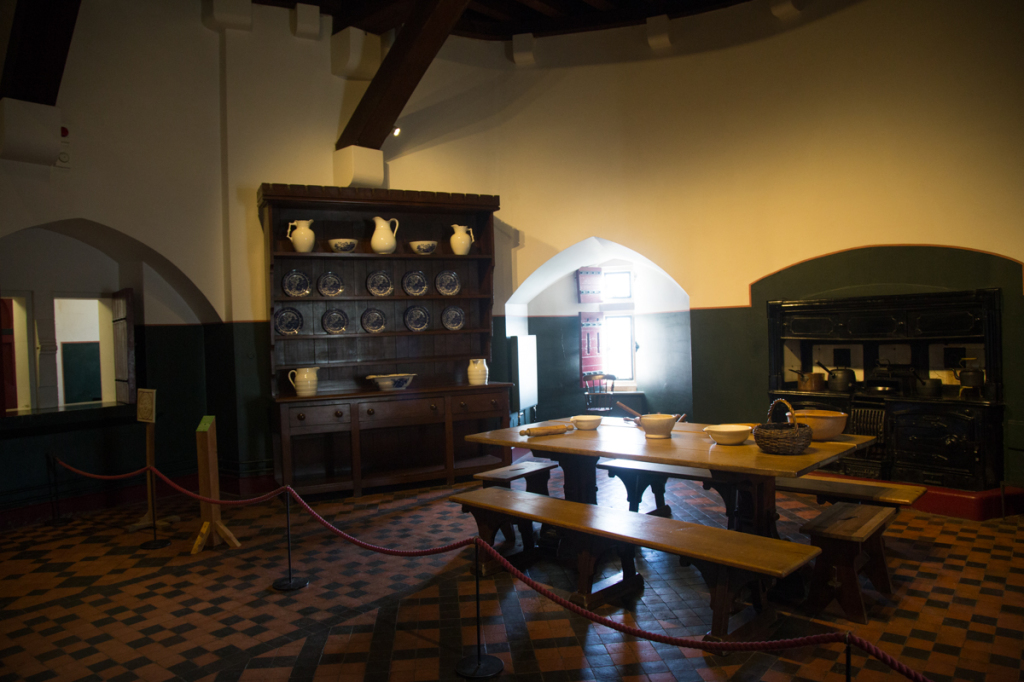 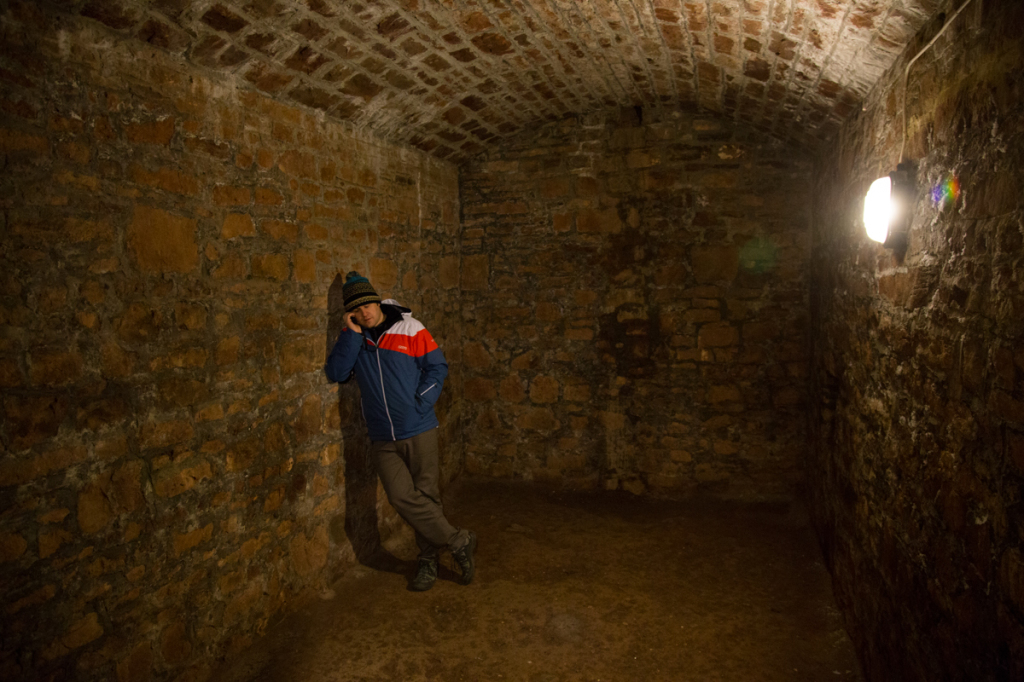 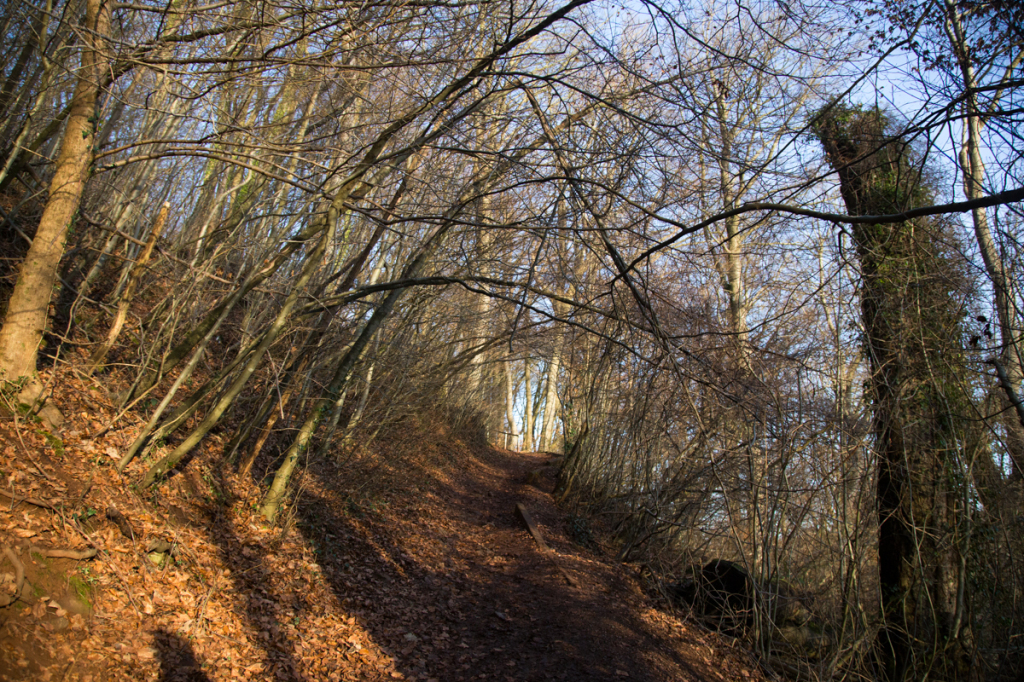 A nice little walk in the woods, outside Castell Coch

Highly recommended to visit if you’re around the area. It’s smaller than Cardiff Castle but nevertheless interesting history behind it.