A Film About Coffee – Filipino Premiere 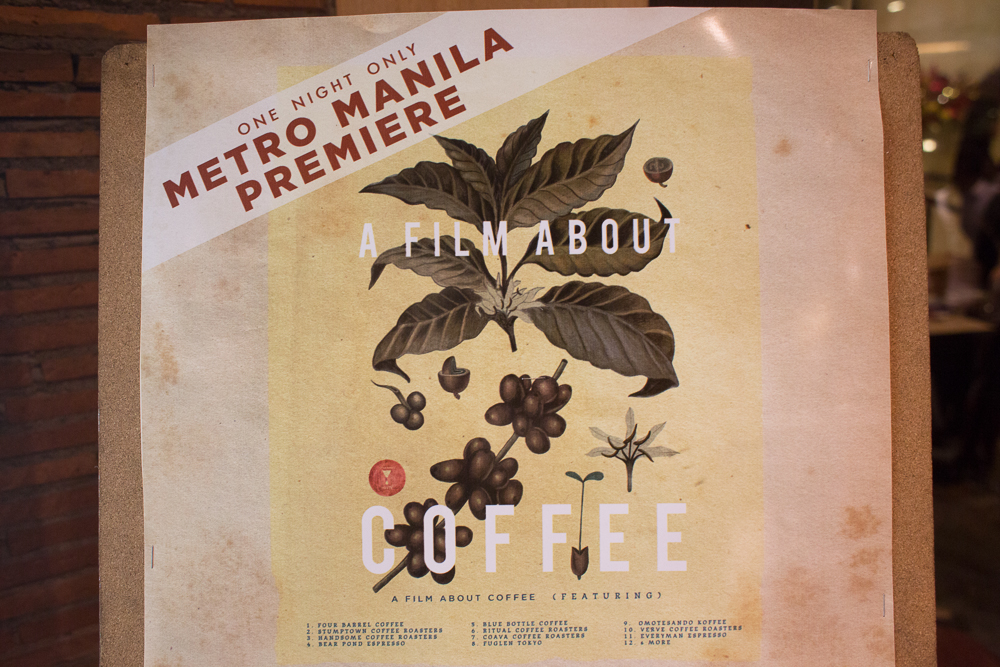 We were very excited to be part of the Filipino premiere of the beautiful “A Film About Coffee. “

The film was screened in Teatrino, Greenhills and the event put together by the lovely folks who run the Aeropress coffee bar called Habitual. As well as the video screenings, there was a cupping session tasting coffees from all over the world. On the night beans were available from several different roasters in Manila. It truly was an evening of coffee. 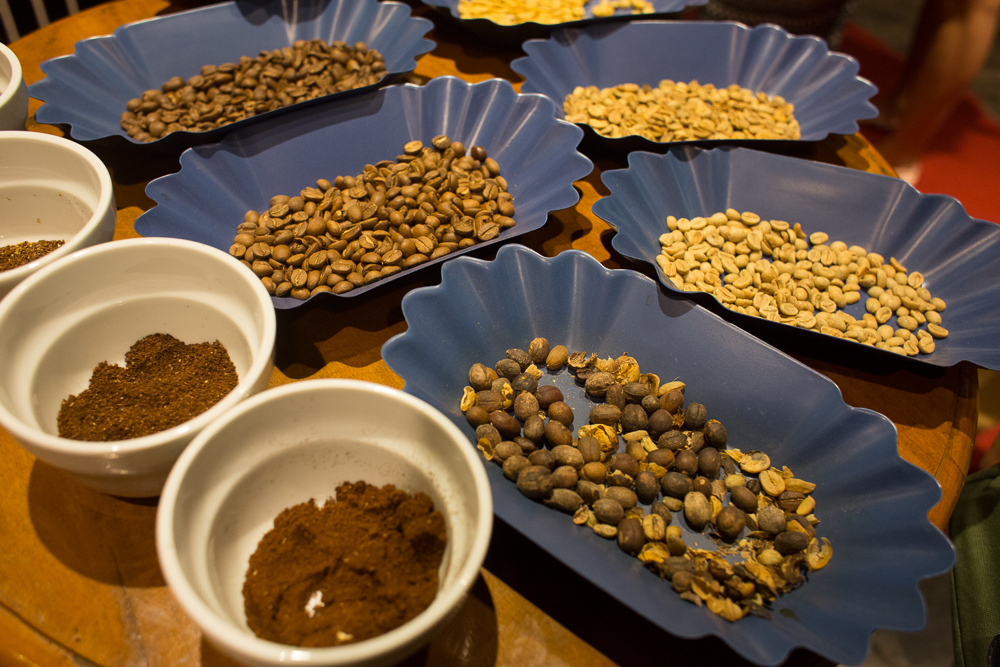 Coffee beans at different stages of being processed. 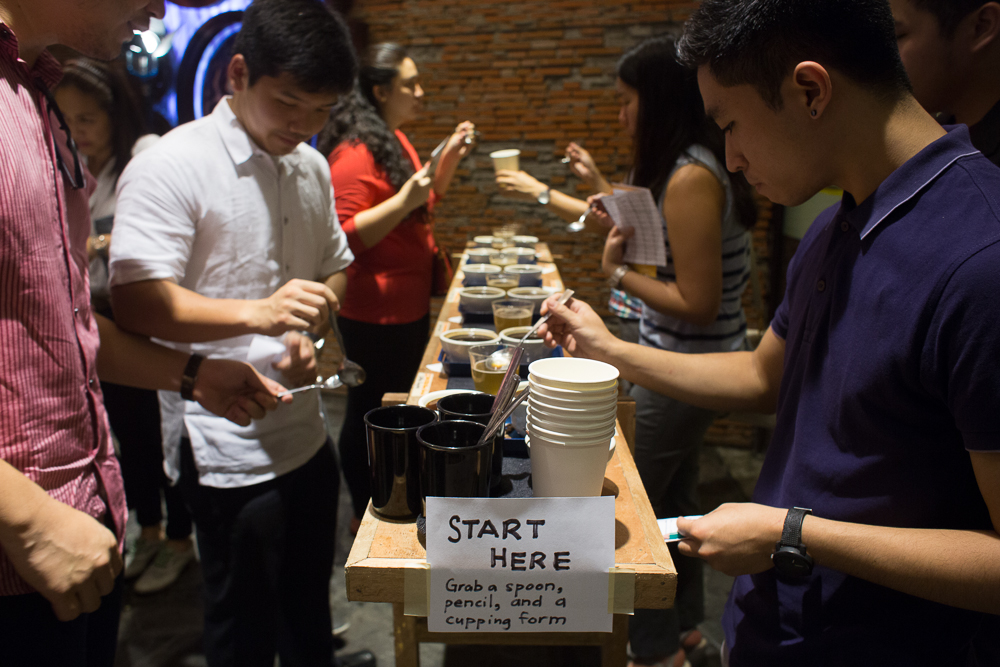 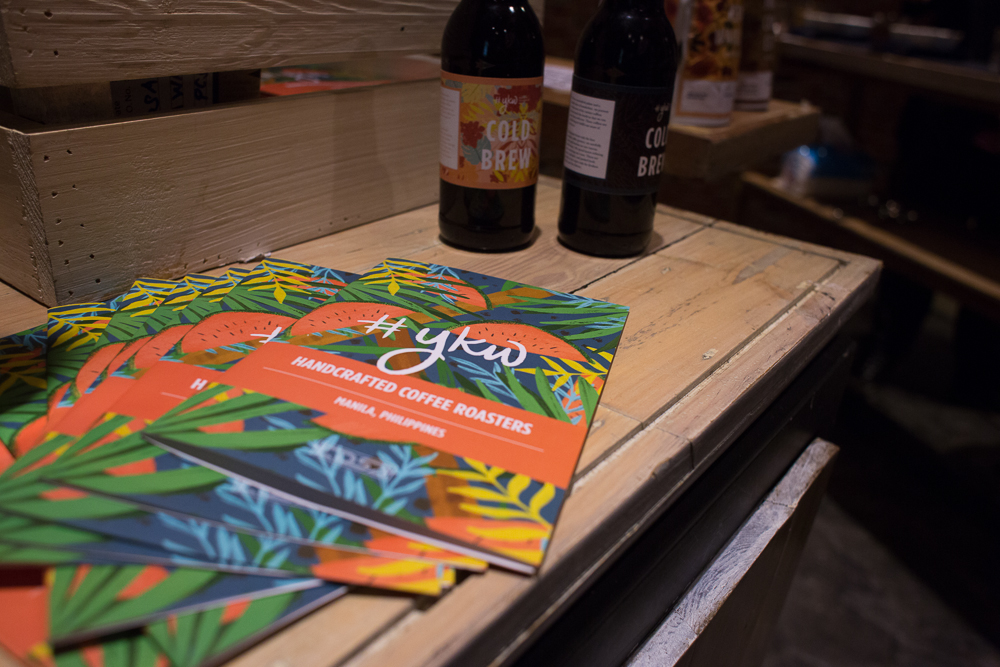 Coffee from #ykw a local roaster based at EDSA BDG 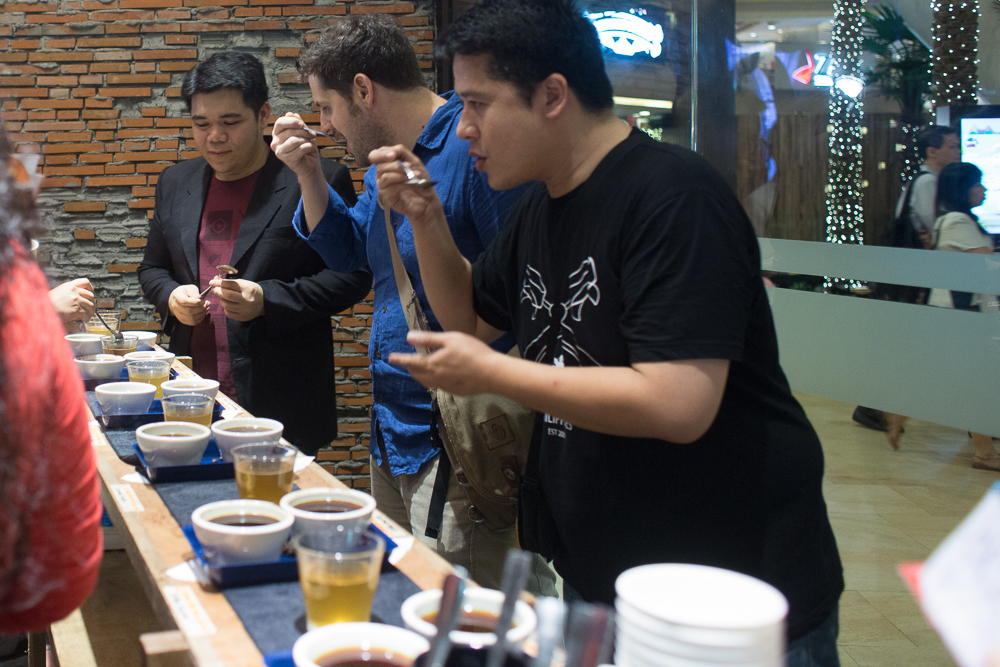 It was quite a big moment for us to see one of our short videos on the big screen with a crowd. We edited together the original Kalsada Coffee farmers video with a series of interviews we did at EDSA BDG where Kalsada roast their lovely coffee. It went down well with the crowd and everyone laughed at the funny parts, which was a big relief. 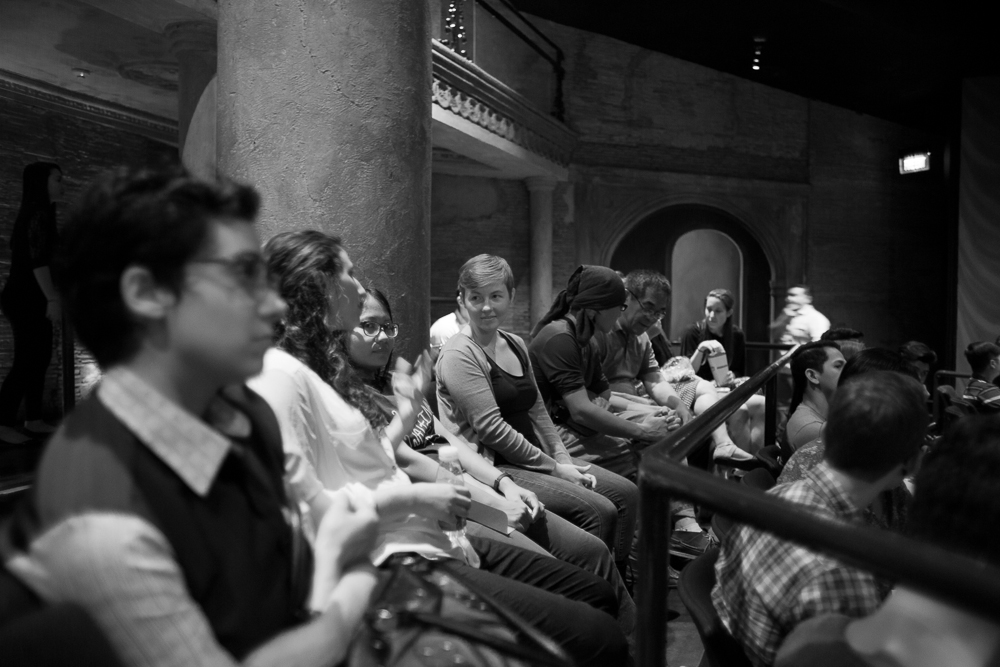 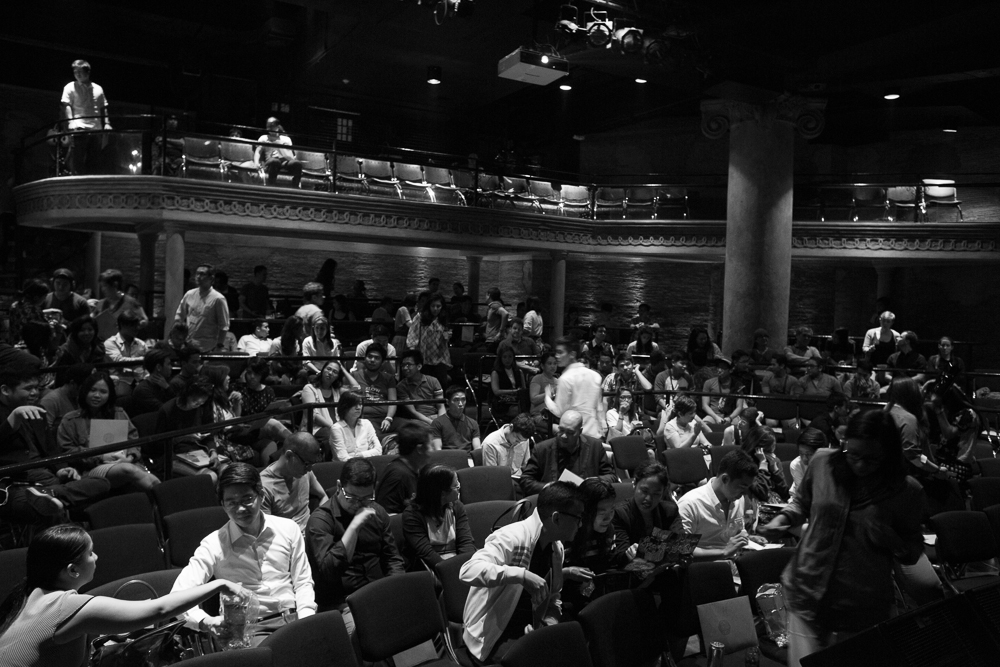 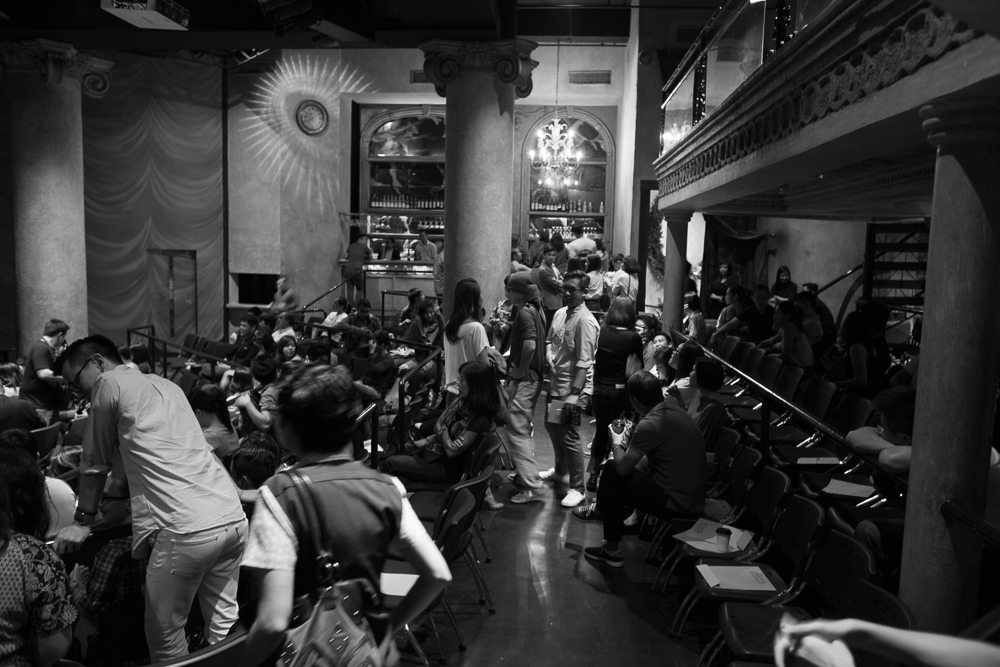 Teatrino was a lovely venue for the premiere 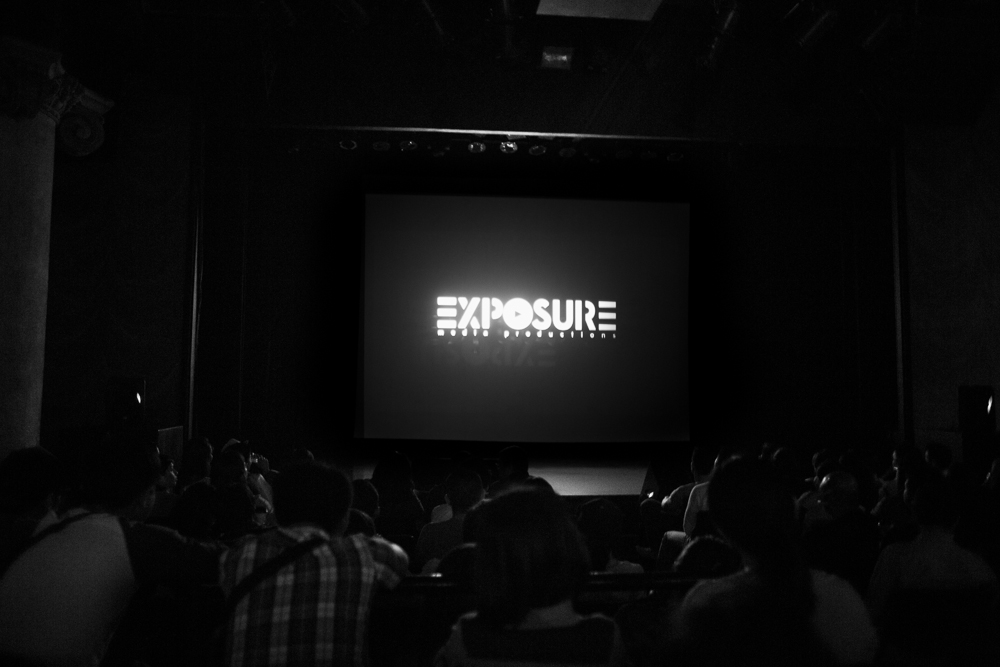 Exposure on the big screen!

I was a little concerned about how the video would look on the big screen but I have to say it looked pretty good and I was slightly surprised. Here’s the video that was screened

After watching “ A Film About Coffee” it really inspired me to try and produce a much longer more in depth look at the Filipino coffee industry. The film was beautifully shot and they visited some stunning locations in Rwanda, Guatemala, Japan and the US however I thought the story was a little broad and I would have liked to have seen a little more focus on the farmers. It must have taken a huge amount of work and the logistics must have been a nightmare.

It came together really nicely and I’m looking forward to the release on itunes. I’ll definitely be downloading it and re watching it again for some inspiration for our possible longer form project. 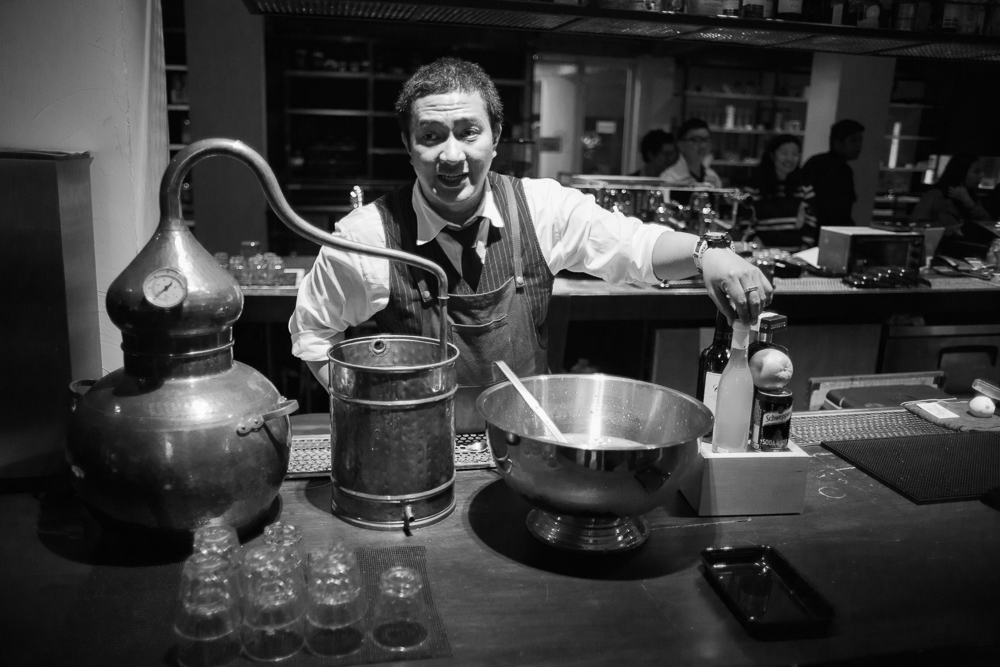 The after party at EDSA BDG with some lovely cocktails

Posted on November 25, 2014 in Behind the Scenes, Journal, Uncategorized