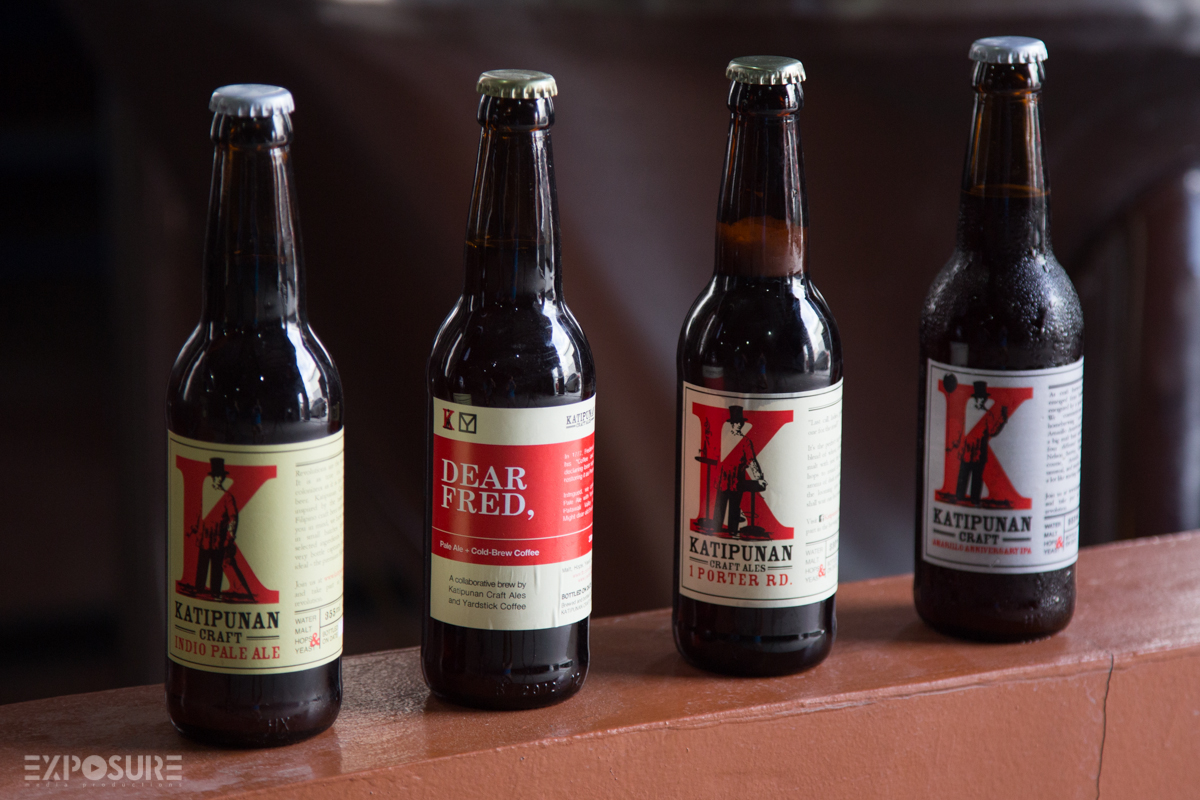 It’s has been a busy few weeks for Exposure, we haven’t had time to blog about the amazing experience we had making a short video for Katipunan Craft Ales who in our opinion brew the best beer in the Philippines.

The video tells the story of Katipunan craft ales how they started, where they are now and their hopes for the future . 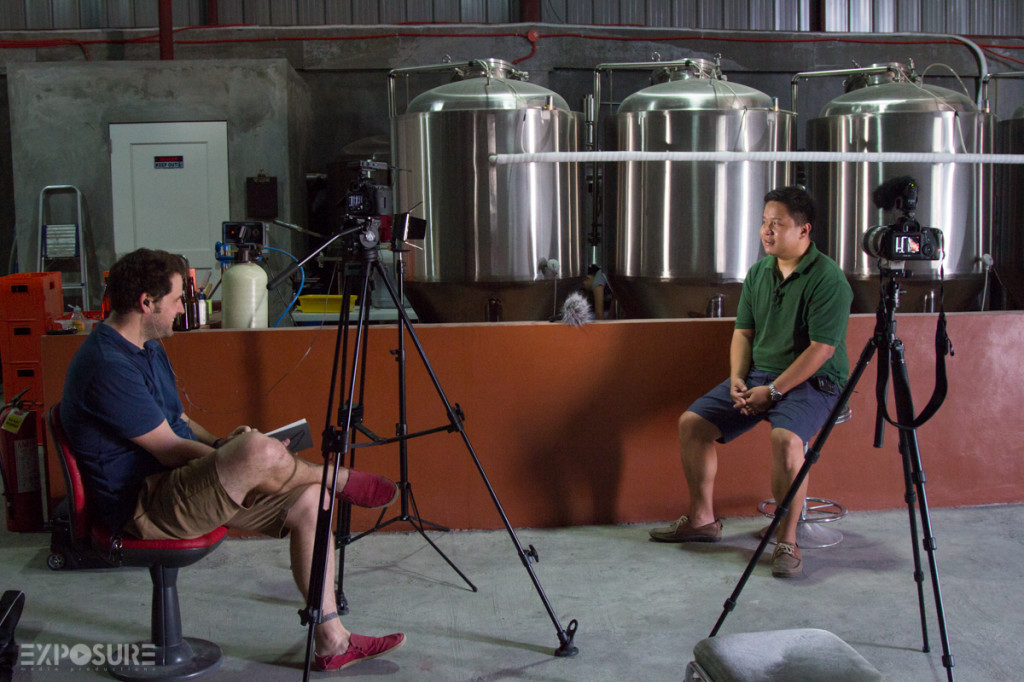 Miguel: “Craft beer is a David versus Goliath story everywhere you go”. 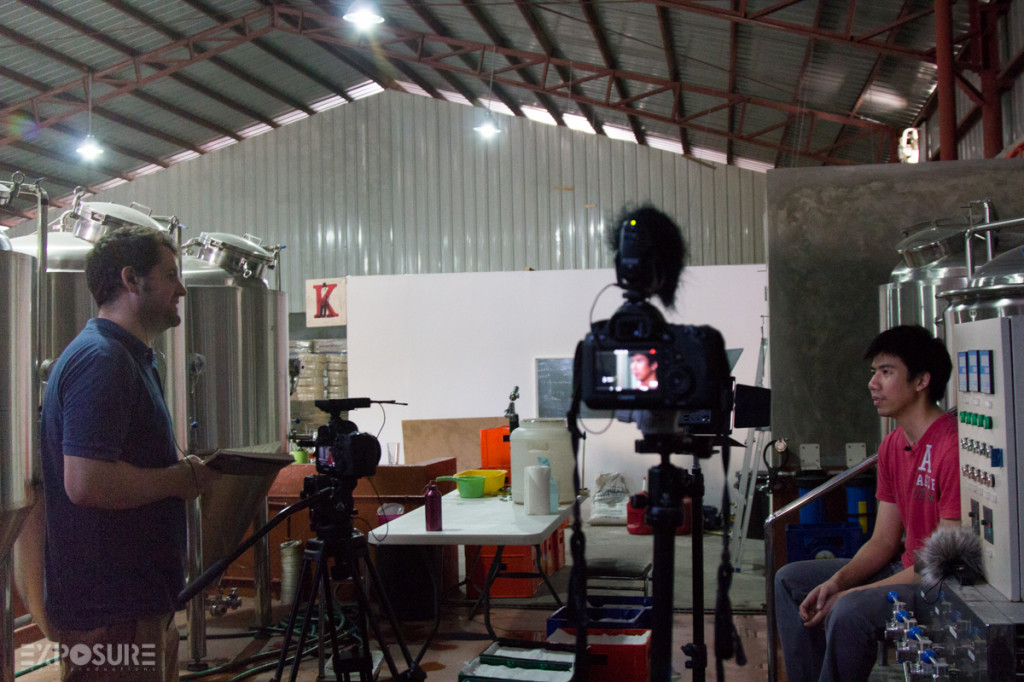 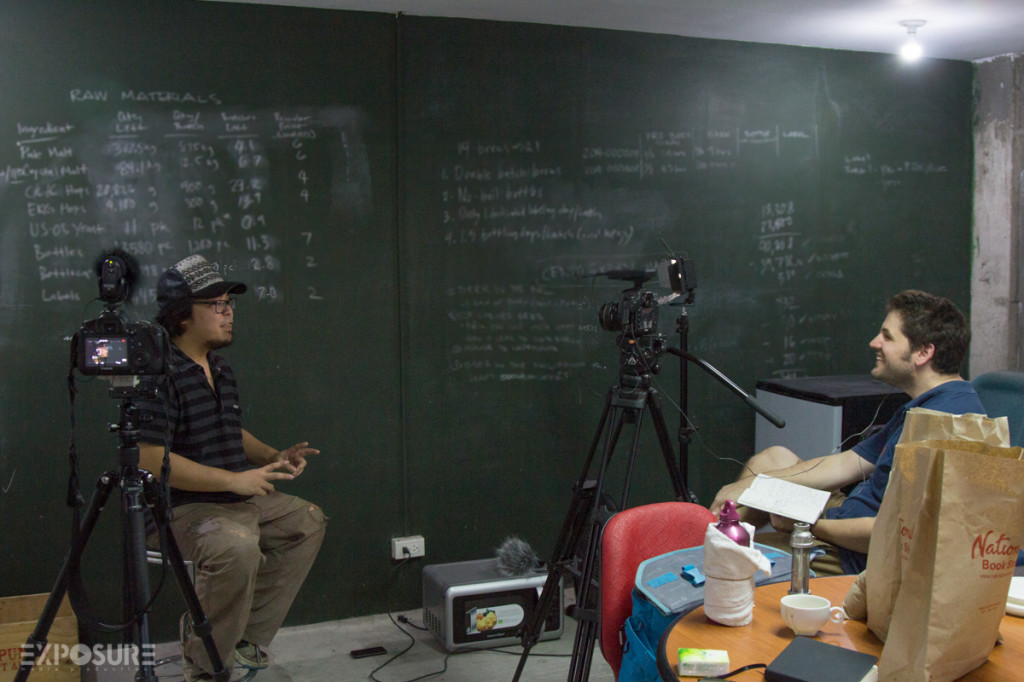 Kiyo: “We dropped everything we were doing, and on a prayer we decided ‘let’s do this'”.

It was a really fun shoot being surrounded by one of our favourite things craft beer! Katipunan have come along way and to see and learn more about the beer process was fascinating. The Philippines is a very challenging place to make craft beer the conditions, the availability of raw materials all work against the brewers. 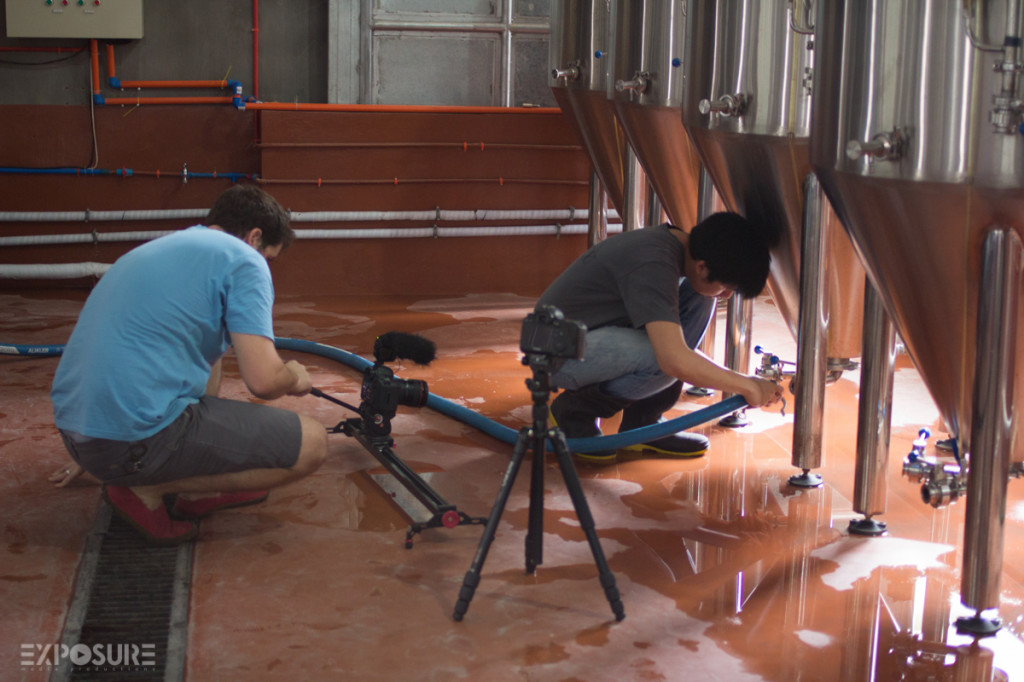 Seeing first hand how hard it is to make great beer, you can start to see why there isn’t exactly a plethora of craft beers available in the Philippines. It takes serious amounts of dedication to the craft. Thankfully people like Kyjo, Miguel and Raffy do all the hard work so we can enjoy great beer here in the Philippines.

We were a little spoilt for choice in Beijing, by the time we left, in 2013, there were several craft beer bars  (Slow Boat, Great Leap),  serving their own beer and a huge selection of imported beers in specialist beer bars like El Nido including beers from the UK, Germany, Belgium, the USA to name but a few.

The beer market is improving here in the Philippines thanks to the efforts of Katipunan craft ales and other small breweries pushing the envelope and trying to bring great tasting beer to the people of the Philippines. 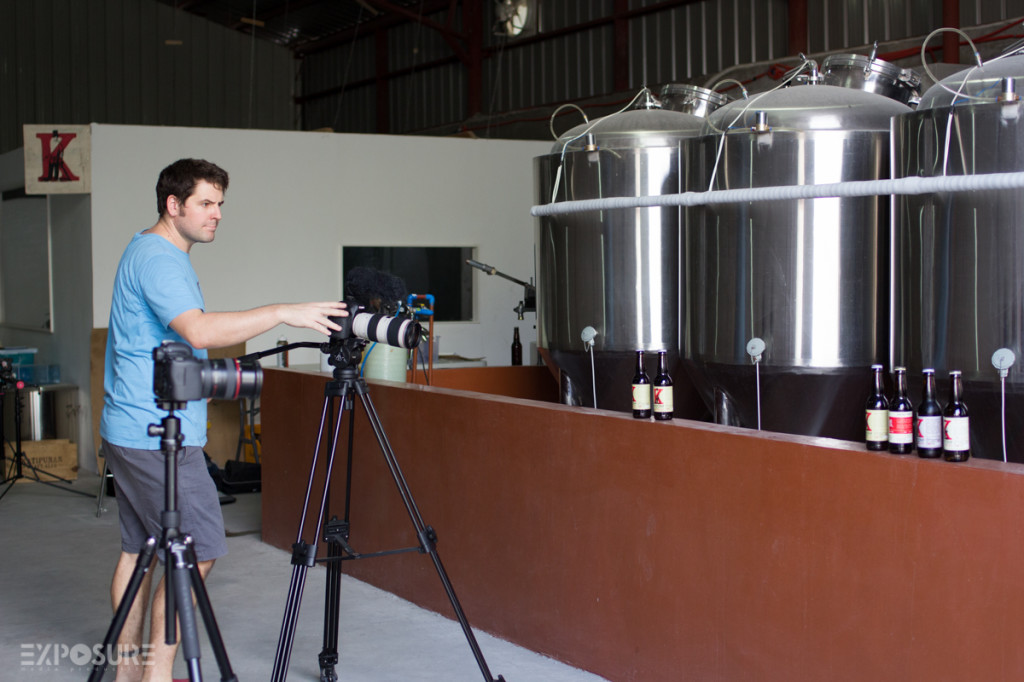 I’m just so happy Katipunan chose to make the hoppy Indian Pale Ale which is my absolute favourite type of beer. 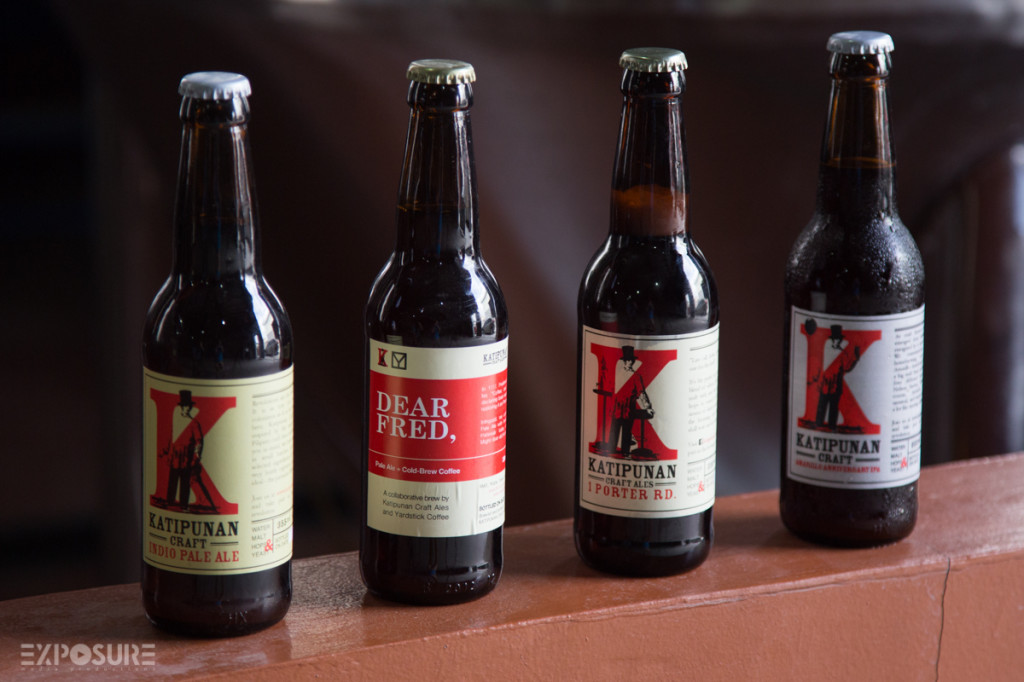 Katipunan Craft Ales brew seasonal beers, too. And even teamed up with Yardstick Coffee to create Pale Ale+Cold-brew coffee.

A long time ago, the only beer that I would drink is San Miguel Light or Red Horse beer. I was young then, and drinking beer meant getting smashed and having a good time (until it gets too much). I remember telling Peter when we were still dating that my favorite beer was Budweiser, imagine the horror and laughter that ensued when I told him that. I also remember not liking Guinness when I first tasted it! My taste buds have come a long way!

But going back, it wasn’t because I chose to drink San Mig Light, it’s because these were the only choices we were given. Did you know that only TWO breweries produce most of the beer in Philippines?? Yes, it’s even on Wikipedia.

I was really surprised to see the different beer options here since moving back last December 2013. Before, the choice was San Miguel beer, San Miguel Light or maybe Red Horse (which is actually the same beer just much stronger) among others. 5 years out of Philippines made a big difference. But don’t get me wrong, I’d drink ice cold San Miguel Beer (and Super Dry) any day, it’s way better than Tsingtao in China.

We have big hopes for all the craft breweries here in Philippines. Ingredients are hard to source but I’m glad to support Katipunan  on their quest to bring high quality craft beer to the Philippines and to provide real choice for beer lovers. I just hope they start brewing wheat beer as that is my absolute favourite kind of beer. What’s your favourite type of beer? 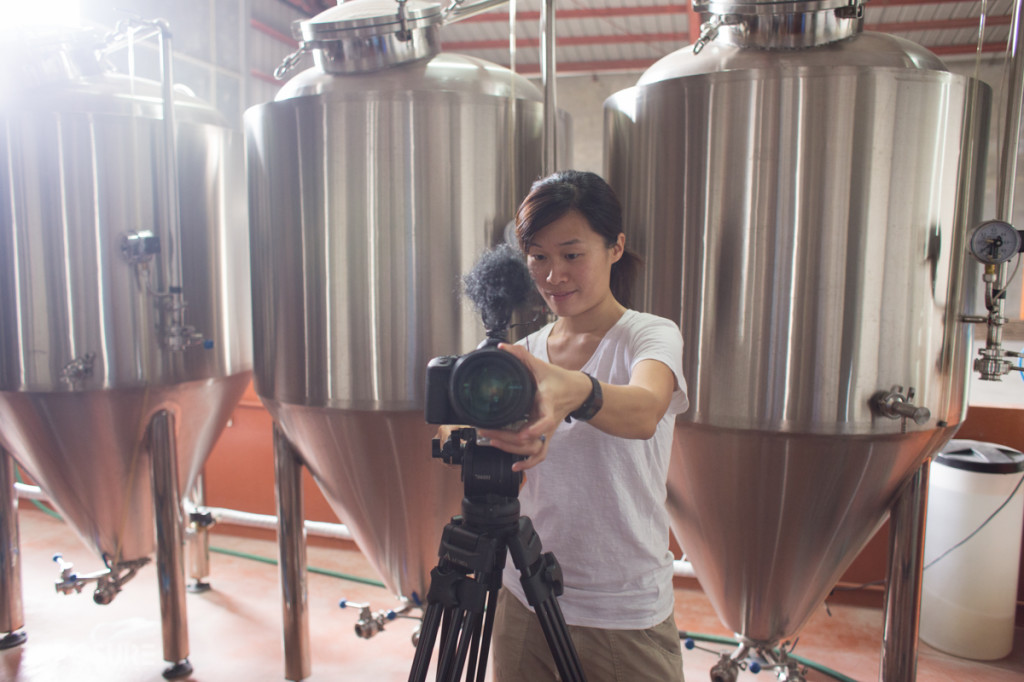 Good Friday Crucifixions
Behind the Scenes: Art of Batok