A Week in Videos: Episode 1 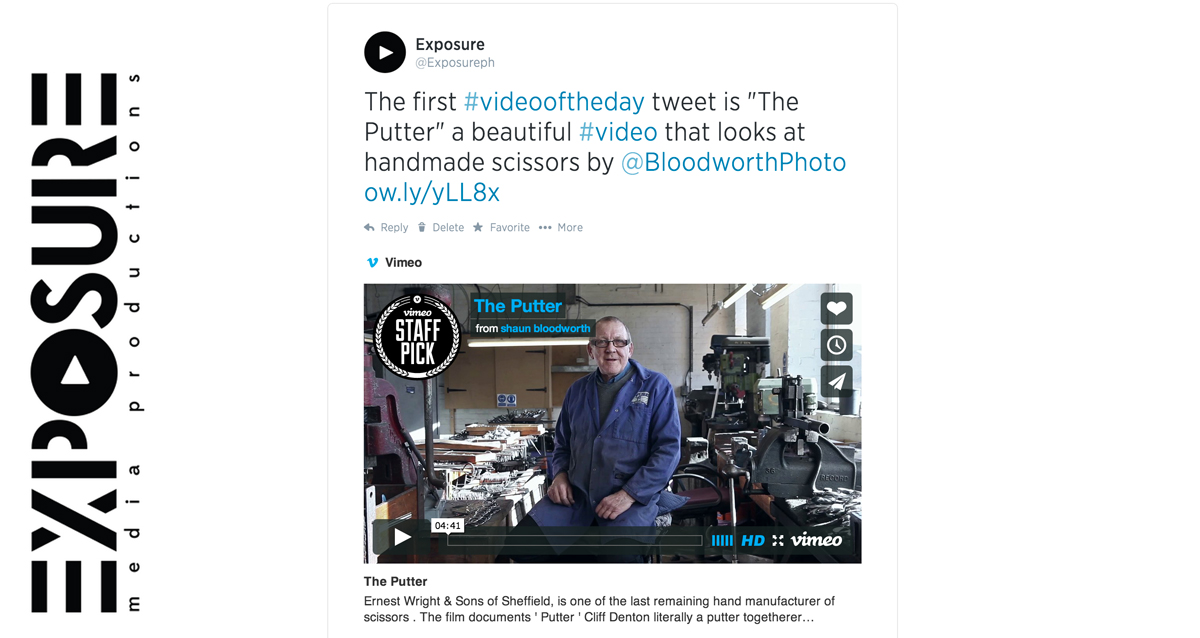 So this is the start of a regular blog post which will highlight our #videooftheday tweets. We are posting it every Friday to give you some amazing videos to watch over the weekend.

Every week I scour the internet to watch videos that inspire me in one way or another. I’m trying to cast a broad a net as possible to cover a wide spectrum of online videos so hopefully there will be something for everyone.

Here are Exposure’s videos of the week.

The first #videooftheday tweet is “The Putter” a beautiful #video that looks at handmade scissors by @BloodworthPhoto http://t.co/65mfVQ7eNP

The 2014 Tour De France starts today in Yorkshire so its a #cycling #videooftheday Experiments in speed by @SpindleP http://t.co/jqb9eypscG

Today’s #videooftheday was the winner of the 2014 @WorldPressPhoto multimedia award. Staff Riding by Marco Casino http://t.co/0GPyJ49XPL

Something a little different for #thevideooftheday a beautifully shot video not just about #surfing but about life http://t.co/LMipBVG9k5

The #videooftheday is Sea Chair by @StudioSwine that looks at #upcycling rubbish from the sea & turning into a chair http://t.co/fi5CiN5F3l