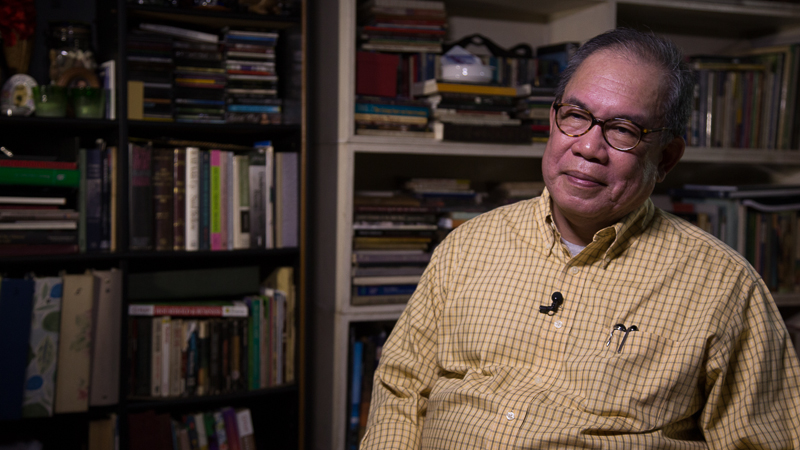 EDSA for me is stress, traffic jams and unfortunately a necessary evil when moving around Manila. EDSA or Epifanio De le Santos Avenue is the main north south artery running through metro Manila. It’s almost impossible to avoid when driving and is the epicentre of the frustration that many Manileños feel about the horrific traffic situation in the capital.

But it hasn’t always been this way it’s also one of the most important locations in recent Filipino history. I’m not sure how many people think/remember this as they are sat in traffic. I’m not sure how it could be done but perhaps through street art or sculpture it would be great to try and showcase the historical importance of the route and also to try and alleviate some of that boredom of being at a standstill wondering how much longer it will take to get to your destination.

Someone who does know the importance of EDSA is Jose “Butch” Dalisay and we were lucky enough to sit down and film an interview with him for the BBC recently speaking about the People’s Power Revolution that took place on EDSA on February 25, 1986.
We filmed an interview that was edited into a short video and a longer radio piece for BBC Witness for the World Service. Click on the images below to watch the video and listen to the radio interview. 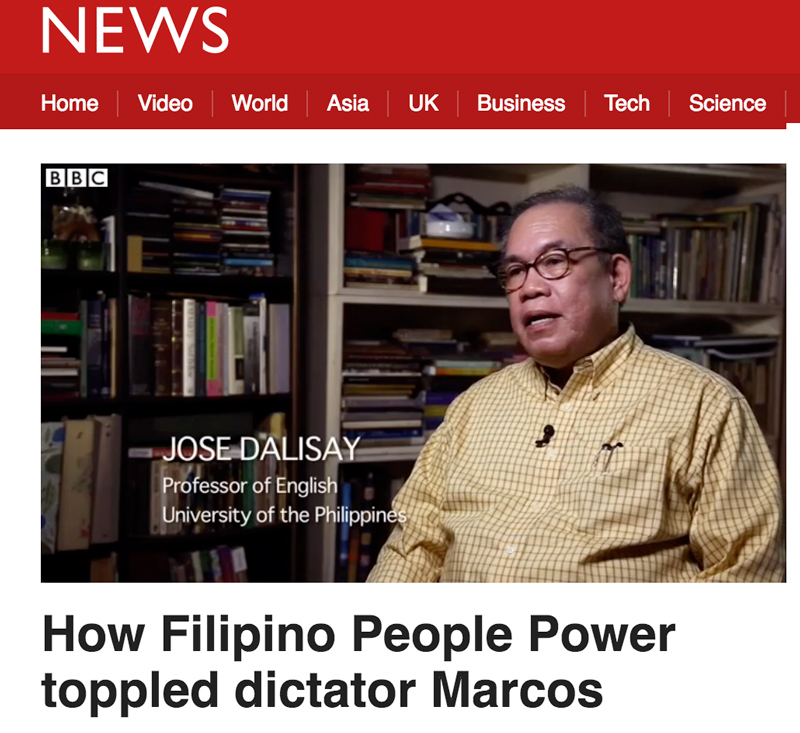 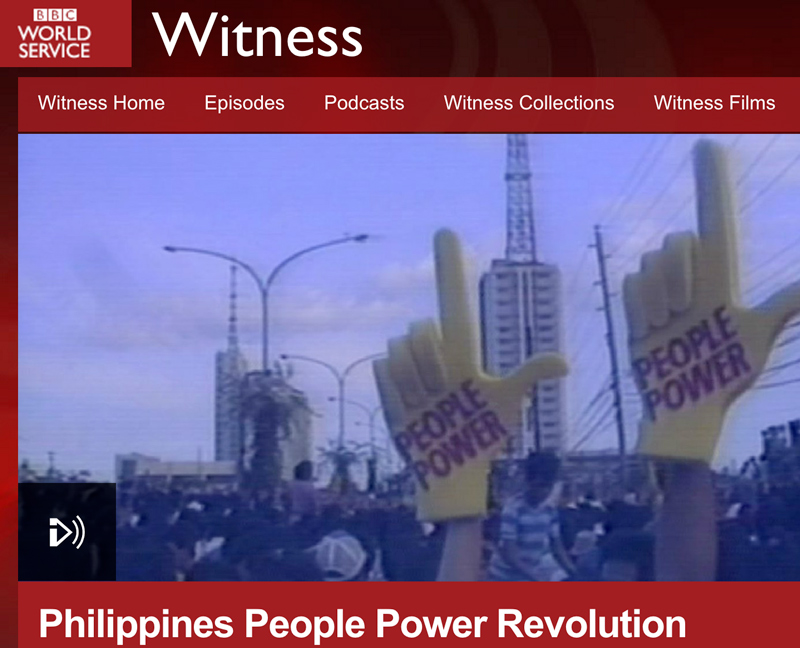 It was fascinating to hear Butch speak so eloquently about the tumultuous time especially hearing about how the country was united behind one goal in ousting Marcos. What struck me speaking to him on and off camera, is that how most millennials or younger voters aren’t aware of what went on during the martial law times. I was surprised to learn that this part of Filipino history isn’t taught or discussed at school. With such a young and growing population, this is a problem especially when you consider that a Presidential election is about to take place. I just hope that some of the lessons are heeded and the country can once again unite this time with the goal of developing and progressing, as there is just so much potential here in the Philippines.