Anatomy of a scene The Revenant 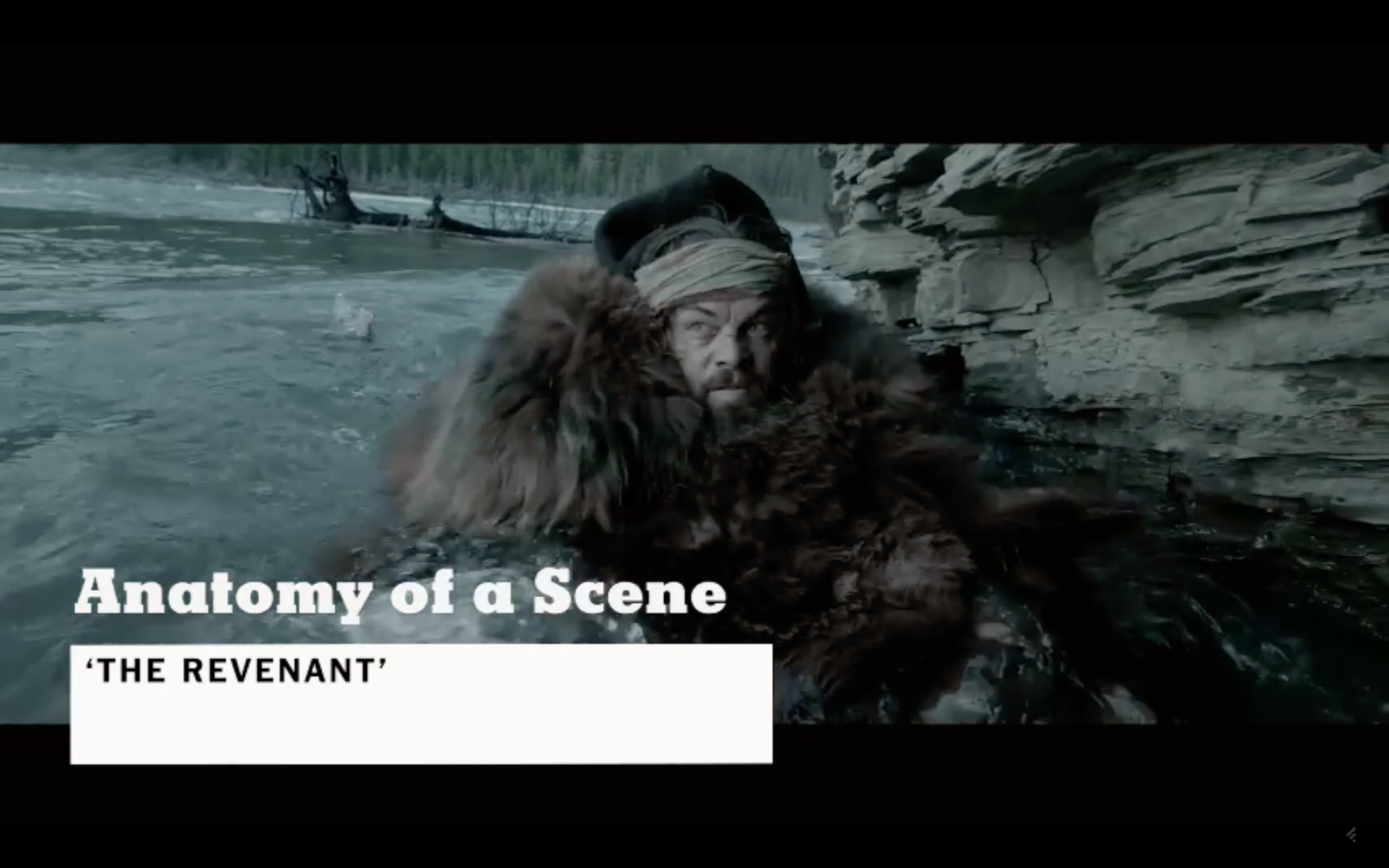 I’m always interested in behind the scenes of a film, why and how a shot was done. It’s always nice to know what the director is thinking, how the cinematographer does it, and why they chose to do it. I am more interested at the why it was done, then the how it was done. I’ve gotten past the “What gear did they use?” phase, but of course it’s great to know that some films are shot on a mobile phone, and that goes to show that it’s not all about the gear.

So then I get to think about the cast, how they dealt with the cold, especially moving around in one take with that heavy fur Leonardo DiCaprio was wearing.

Imagine having to plan the scene 11 months ahead, and then having to deal with the strong current of the river, and making sure the actor is safe.

Read more about the interview from NY Times.

Another interesting watch is from Emmanuel Lubezki’s cinematography approach to the same film.