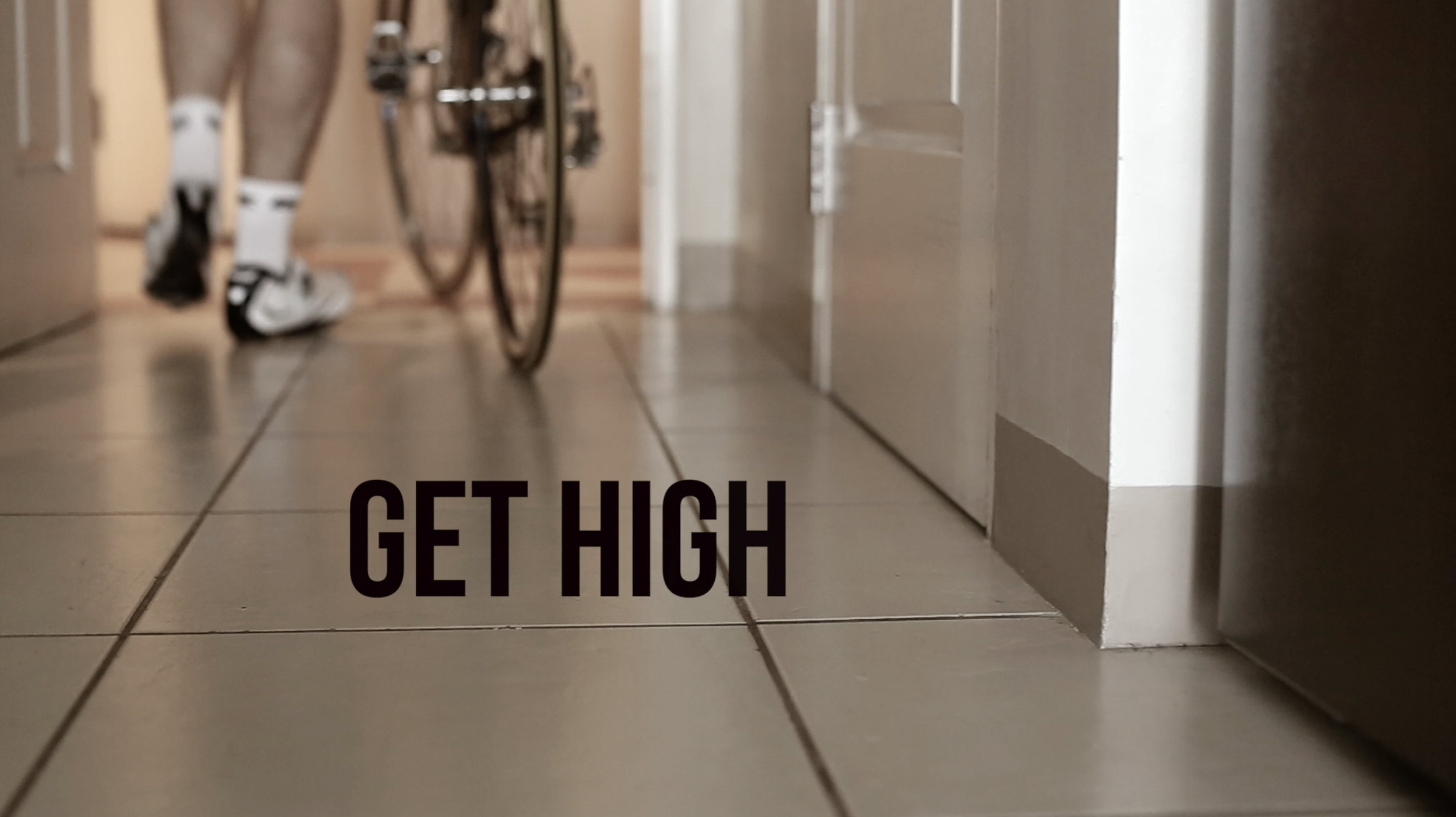 An opportunity to try and win the new must have camera of the moment, the Panasonic GH4, was too tempting to overlook. Digital Photographer Philippines were running the competition as part of Manila Photo 2014. To win the camera, people were asked to make a 30 second video using GH as a title so Go Home, Go Hard etc. and to then tell a story.

We decided to try and make a story about cycling and getting out of the city entitled Get High.  It was a very different video that we are used to making, as it’s only 30 seconds so we really had to re think how we approached the final output. After deciding on the idea of getting out of the city by bike we sat down and planned the video. We researched where we could film and it was a choice between Antipolo and Tagaytay. In the end we decided on Antipolo as we thought the roads might be a little quieter and that would help out with the filming.

We packed up my bike and drove out to Antipolo. After fighting the weekend traffic we were pleasantly surprised with some really great scenery in and it was definitely well worth the effort.

After shooting and driving around for a couple of hours to find the right locations we managed to get enough footage and headed back to the city. Incidentally it was the first time I had managed to take my bike out of the city and it’s definitely something I’ll be doing more of in the future. The views were pretty amazing and the roads not too busy. Depending on traffic it’s only around an hour away, which makes it very attractive.

With another a little shoot to film some detail shots closer to home, we were wrapped with the video. A couple of hours editing and we had a final video. I’m quite pleased how it turned out and fingers crossed we’ll do well. Here is the video in all its glory. I have to confess it’s my first time being on the other side of the camera and it’s not something I’ll be looking to repeat anytime soon.

We are heading to Manila Photo tonight to see the live judging so fingers crossed and we’ll let you know how we get on very soon. If you can’t wait to find out how we do you can always follow us on twitter, instagram or Facebook.