A Week in Videos: Episode 2 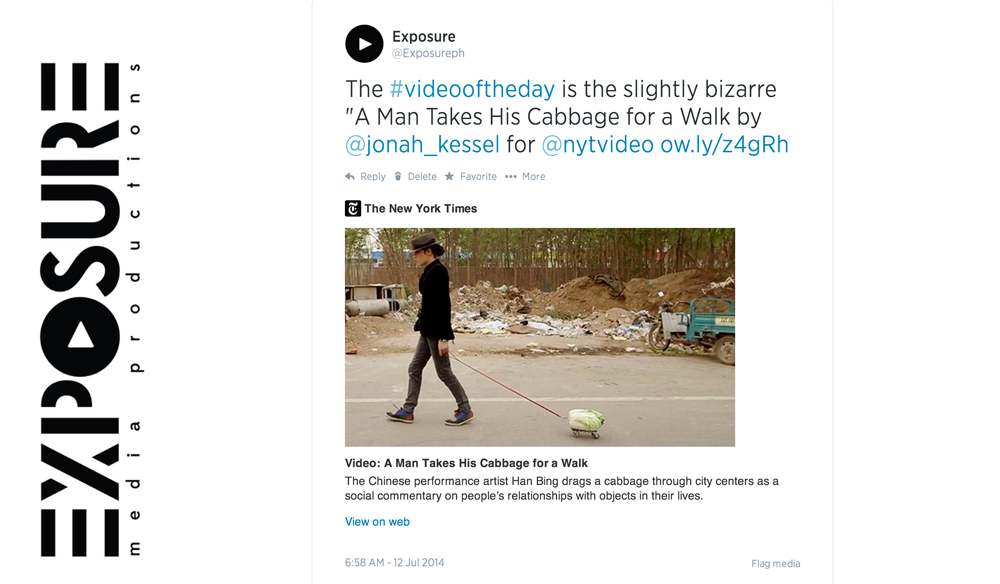 It’s Friday and that means another episode of the best videos that have been played in the Exposure office this week. This week we’ve got 16 year old surfers, recovering alcoholics, a motorcycle owning Mom, the late Leonard Knight, forest workers in BC, and a man who walks a cabbage in China. Scroll down to watch the videos.

A man who walked his cabbage by Jonah Kessel for NYT video If you want to find out a little more about the video. Jonah has an excellent blog post about the video and using a Canon C100 as a video journalist.

Video editing is tough, so here’s a little inspiration. The top 10 most effective editing moments by @CineFixNetwork http://t.co/giYEmqOIp0

For more videos by Cinefix check out their youtube channel

The #videooftheday today is a beautifully shot story about “Restoring the Atleo river” in BC Canada by @WyattVisuals http://t.co/z7wWuHjfRv

Video by the talented team at Wyatt Visuals

The #videooftheday ” The man behind the Mountain” a video about the late Leonard Knight by Just dont sleep #vimeo http://t.co/xw66FM0bCY

Because of #Glenda we had no power yesterday. So here’s #thevideoftheday for Wed. My Mom’s Motorcycle by @Gautraudd1 http://t.co/OAxFdWvhaR

I made a little mistake here. Sober isn’t actually a Vimeo staff pick but in my mind it should be! Video by Gareth Bowler