A Week in Videos Episode 3 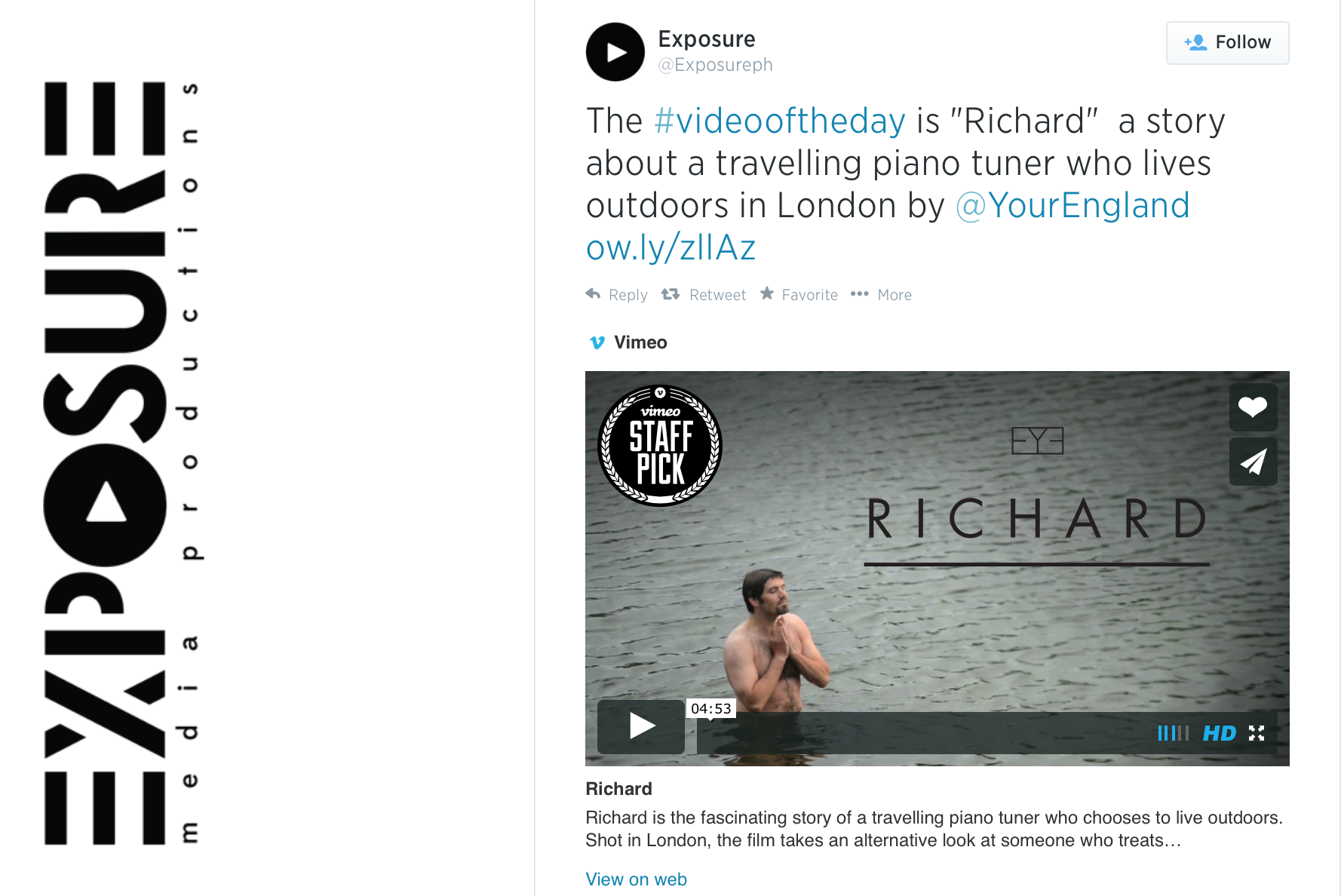 The #videooftheday is “Richard” a story about a travelling piano tuner who lives outdoors in London by @YourEngland http://t.co/Wdvx93TgNe

Photographer Chris Burkard and Professional Surfers Patrick Millin, Brett Barley, and Chadd Konig brave sub-zero temperatures in the Arctic Circle to capture moments of raw beauty in conditions that rank among the harshest in the natural world. The bitterly cold seas and wind exact a large price on their minds and bodies, but the reward – adventure, amazement, and self-knowledge – draws them closer together and pushes them to tackle the next frontier in surfing.

The #videooftheday is the beautiful aerial #video Koh Yao Noi by one of our favourite #film makers @PhilipBloom https://t.co/tNnrYV0qs9 — Exposure (@Exposureph) July 22, 2014

The #videooftheday is the Blind Guy. A wonderful character and #video by the team at Brigade @evanhsenn and @PughView http://t.co/DL5uaLkhGz

The #videooftheday today is the disturbing video from @TIME The man who filmed the death of Eric Garner speaks out. http://t.co/FhMsjUd1c1 — Exposure (@Exposureph) July 24, 2014